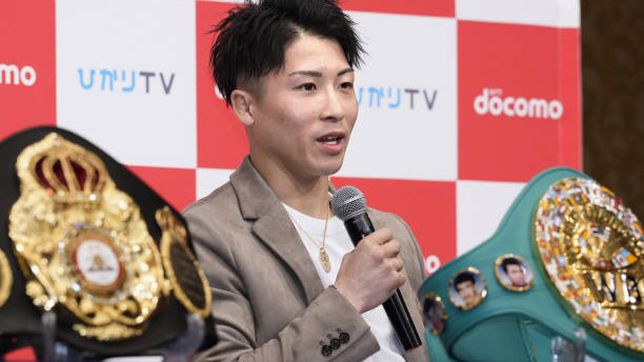 Naoya Inoue (24-0-0, 21 KO) has announced through his social networks that he will vacate his four bantamweight belts and will move up in category to seek new challenges. “Today I have returned these four belts that I have won over four years and seven months. In 2023 I will go up to super bantamweight! ”, The Japanese shared, warning his future rivals. Inoue will do some shooting combat in his new category before trying to storm a world title.

In December he became the undisputed bantamweight champion after defeating the British Paul Butler (34-3-0, 15 KO) by TKO in the eleventh round. He retained his WBC, WBA and IBF crowns, and took the WBO crown from his rival, in a fight where he clearly prevailed, with great punch combinations and good defense. Naoya Inoue became the first Japanese to be crowned as undisputed, and, for the first time, the bantamweight category had a monarch of all four belts.

The Japanese captured his first bantamweight title in May 2018, when he clinched the WBA belt by defeating Britain’s Jamie McDonnell (30-3-1, 13 KOs) by first-round KO. The following year he knocked out Emmanuel Rodríguez (21-2-0, 13 KO) in the second round and won the IBF title. In 2022, in his rematch against Nonito Donaire (42-7-0, 28 KOs), he took the WBC belt with a second-round TKO. The one from the WBO arrived in December.

Naoya Inoue seeks to conquer a fourth weight division at 29 years old. The Japanese had already been crowned in the light fly, super fly and bantamweight. He remains undefeated and only three rivals have held out until the bell rang: Nonito Donaire in 2019, David Carmona (22-11-5, 9 KO) in 2016 and Ryoichi Taguchi (27-4-2, 14 KO) in 2013. In the super bantamweight, the titles are divided between the American Stephen Fulton (21-0-0, 8 KO), who has the WBC and WBO belts, and the Uzbek Murodjon Akhamadliev (11-0-0, 8 KO), who holds those of the WBA and FIB. It will not be an easy challenge for the Japanese to continue making history in this new category.