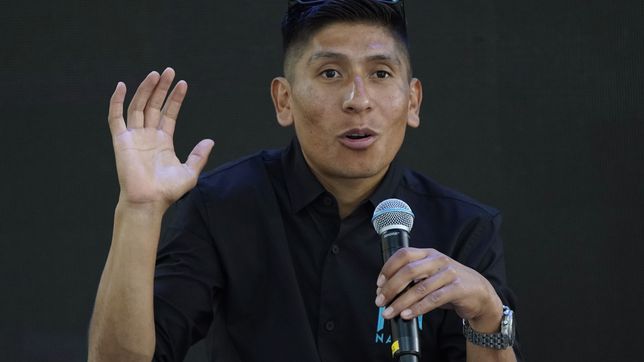 Nairo Quintana he seems more cornered than John Rambo in the first of his movies. With the cycling season already underway in recent days, the Colombian continues without a team after his departure from the Arkéa team and its future is increasingly uncertain. That is why Nairo has called a press conference next Wednesday, January 25 in Bogotá (9:00 a.m. in Colombia, 3:00 p.m. in Spain) to publicly clarify their situation.

“Everything that has been speculated and the real and current situation,” answered Luisa Fernanda Ríos, manager of the coffee broker, to AS’s question about the reason for calling a press conference that can take two well-differentiated paths: announce your new team or communicate your retirement from professional cycling. This second option is the one that has sounded loudest in recent hours, as reflected during a live broadcast on the YouTube channel ‘Ciclismo en Grande’ by Luis Carlos Escobar, Anselmo Quiroz, Iñaqui Berrueta and Ángel Yecid Camargo. Colombian journalists, according to their sources, came to take this possibility for granted.

One of the last doors that Quintana had to continue competing in top-level events closed in recent days, after Serge Parsani, director of a Team Corratec that he intended to incorporate the Colombian as his flagship in the next Italy spin (the Italian Pro Team squad received one of the invitations), confirmed the complications of the operation in the magazine ‘Mundo Ciclístico’: “It is very difficult, because at the end of December we enrolled in the MPCC (Movement for Credible Cycling), which is a structure that fights against these problems with drugs like Tramadol. ASO has also asked us to register in this association and today it is difficult for us to make an agreement with Nairo”.

Close to turning 33 (February 4), the withdrawal of another of the great names that cycling gave in the past decade, a whole twist and turn winner It can come to an end in the saddest way, through the back door…