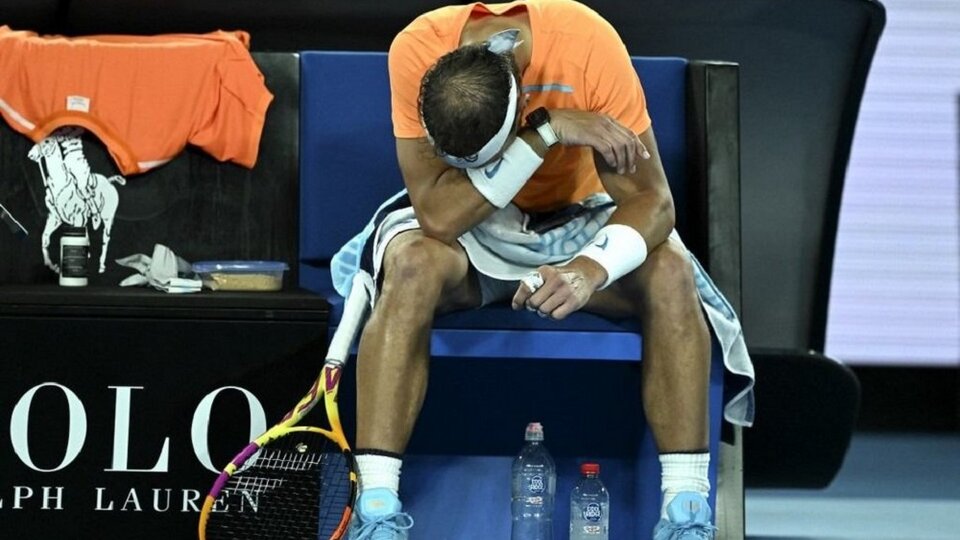 The Spanish tennis player Rafael Nadal announced this Thursday that he will spend between six and eight weeks inactive to recover from the muscle injury suffered at the Australian Open, the first Grand Slam of the year from which he was eliminated in the second round.

The current world number 2, 36, underwent medical tests that determined “a grade 2 injury to the iliopsoas” in his left leg, he announced on social media.

Nadal, champion of the Aus Open last year, was surprisingly eliminated in the second round of the 2023 edition, losing to the American Mckenzie McDonald in three sets (6-4, 6-4 and 7-5). In the current season, “Rafa” lost three of the four matches played and since his elimination at the last US Open in September, he has barely managed two victories in eight matches.

The injury will prevent him from playing the Dubai tournament at the end of February and probably also the exhibition that he has agreed with his compatriot Carlos Alcaraz, number 1 in the world, in Las Vegas, on March 5.

His return could occur for the start of the Masters series in Indian Wells, from March 8 to 19, and Miami, from the 22 of the same month to April 2, although the main objective of the Spaniard is to get ready for the European tour of brick dust, culminating in Roland Garros at the end of May.

NJ councilwoman found shot to death outside her home