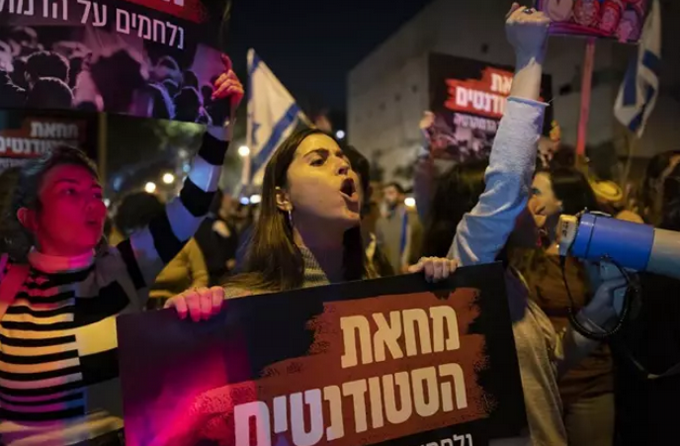 More than 100,000 people have taken to the streets of Tel Aviv, Israel, to protest for the third consecutive weekend against the government of the new Prime Minister Benjamin Netanyahu, as well as in other cities in the country.

According to police data, about 110,000 people have gathered in Tel Avivin the surroundings of Habima square, which has made it the largest protest to date, since last week there were around 80,000 protesters in the same city. The organizers of the concentration have instead estimated the participation of 150,000 people.

Several roads in the Israeli coastal city have been blocked due to the demonstration, which has required a large deployment of the country’s authorities, as reported by the newspaper ‘The Times of Israel’.

Citizens protest against the new government coalition, the most right-wing in the country’s history, and the new reform of the judicial system planned by the Executive.

Israel’s Justice Minister Yariv Levin aims to reorganize the judiciary by considerably limiting the review powers of the High Court of Justice as well as ensuring political power’s control over the appointment of judges.

Prehistoric hunter ‘knives’ from 60,000 years ago recovered in Israel