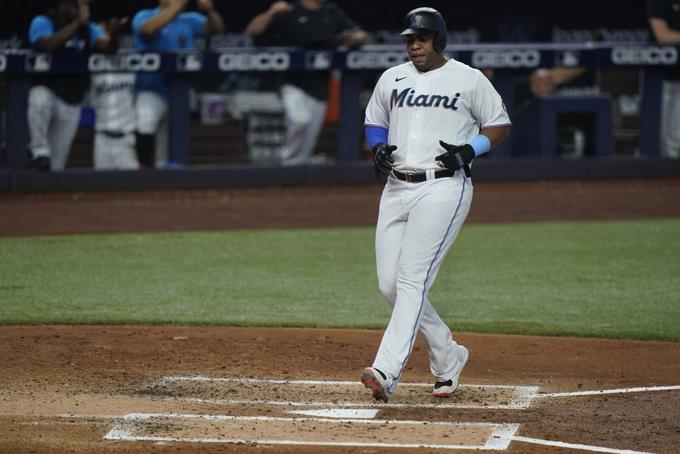 Avisaíl García drove in the go-ahead run with a groundout on fielder’s choice in the eighth inning, and the Miami Marlins beat the Colorado Rockies 3-2 Thursday night to complete a three-game sweep.

Four relievers combined to pitch 4 1/3 scoreless innings for the Marlins. Steven Okert (5-0) took charge of the eighth for his second series victory.

Garrett Cooper singled with one out in the eighth off right-hander Alex Colome (2-2) and pinch-runner Luke Williams advanced to third base on Jesus Aguilar’s single to right field. Garcia grounded out to Cuban shortstop Jose Iglesias that forced Aguilar to run to second, but Garcia beat second baseman Brendan Rodgers’ throw to first and Williams scored.

Rodgers doubled twice, tripled and singled for Colorado, which stranded 13 runners and went 1-for-11 with runners in scoring position.

For the Marlins, Venezuelans Aguilar 3-2 with runs scored, Miguel Rojas 4-1 with an RBI, and Garcia 4-0 with RBI. Cuban Jorge Soler 3-0 with an RBI. Dominican Bryan De La Cruz 3-2.

For the Rockies, Venezuelans Elías Díaz 4-2, and Yonathan Daza 5-0. Dominican Elehuris Montero and Cuban Iglesias, both 4-1.

The 3 main stars of Arsenal, the best team in the world