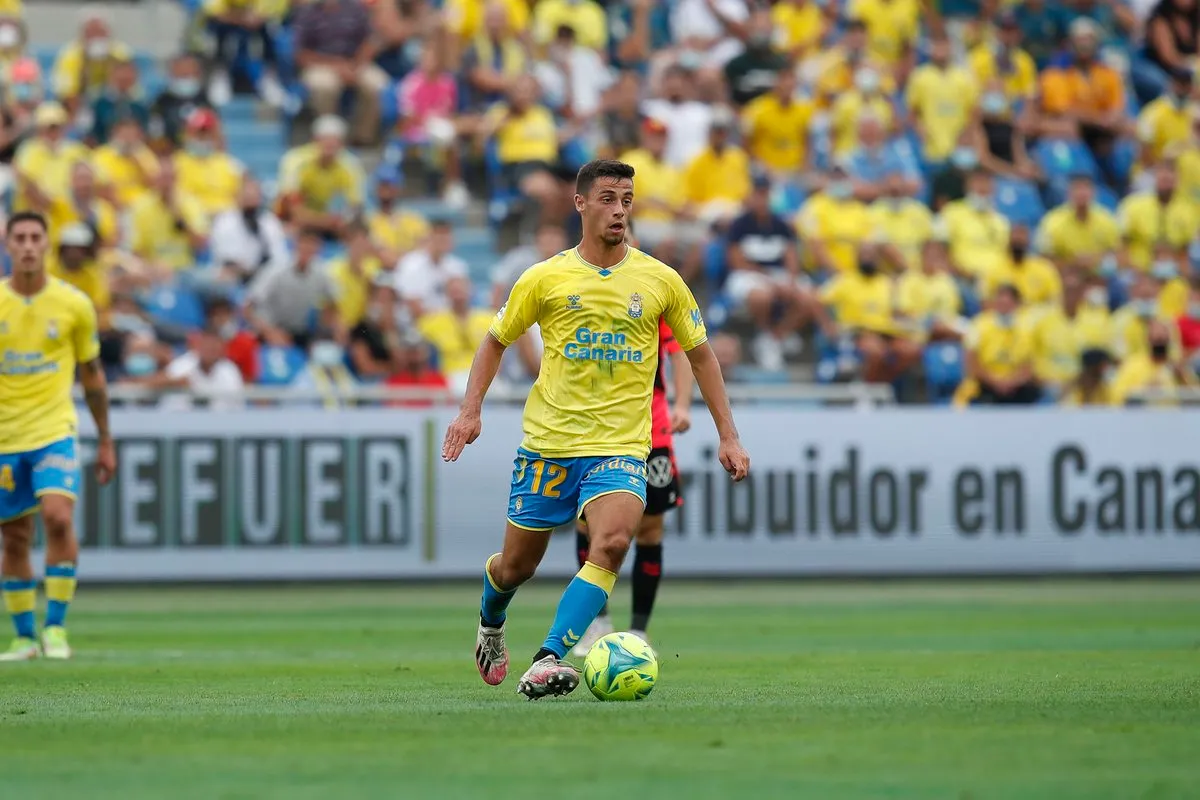 The French midfielder is performing at his best level since he joined the Canary Islands, but he could change course at the end of this season

García Pimienta has managed to place the group from Gran Canaria in a position to return to the Santander League. He has achieved it thanks to bringing out the best version of players like Loiodicewho has become one of the leaders of the palms. However, not everything is positive. And it is that, due to the level that several of the footballers are showing, they have slipped into the list of objectives of powerful clubs.

One of these footballers who are on the radar of clubs with much greater economic power is the French midfielder who, at 22, is completing the best season of his career. the palms You already know that renewing the contract of Loiodice It will be practically an impossible mission and they have begun to search the market for a new player for the midfield.

Las Palmas already has a replacement for Loiodice

With the Frenchman’s contract about to expire, the Canarian club has taken an interest in a midfielder who knows Spanish football very well. This is Pape Cheikh, a footballer who has been international in the lower categories of the Spanish National Team and an absolute international with Senegal who knows the Santander League very well.

Raised in the Celta de Vigo youth academy, the very young footballer went to Olympique de Lyon. The French paid 10 million euros for his services four years ago, but he has never performed at the expected level. Since then he has gone from loan to loan with no luck, reaching a point in his career where he finds himself without a team.

Pape Cheikh asks for a new opportunity in Las Palmas

At barely 25 years old, and after having been international in lower categories, no one could imagine that a footballer of the stature of Pape Cheikh could be left without a team. But this is the reality of the Senegalese footballer, who is looking for a new opportunity in the world of football. And Las Palmas emerge as a perfect opportunity for him.

What Pape Cheikh can bring to the team is not a secret to anyone, as he has an important physical display and the ability to play the ball. Qualities that García Pimienta seeks for Las Palmas, as he considers him a perfect substitute for Loiodice and as a great complement to play alongside high-quality footballers such as Alberto Moleiro or Jonatha Viera.