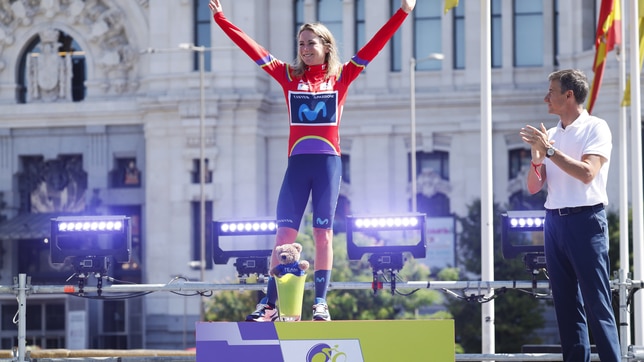 Women’s cycling continues to grow, both internationally and in Spain, and there will be changes for 2023 in the national appointment. Until now, the women’s modality of La Vuelta was known as Ceratizit Challenge by La Vueltathat In this 2022, which is close to ending, it had an important boom: it consisted of five stages, which were held from September 7 to 11, starting from Cantabria and ending in Madrid, and in which the final victory went to the incombustible Annemiek van Vleuten, the Dutch from Movistar who also won the women’s modalities of the Giro and the Tour this year, achieving a spectacular triplet.

By 2023, the Spanish test will have changes: it will consist of two more stages (it goes from five to seven) and it will be called La Vuelta España Femenina. In addition, it will also have another place on the calendar, since it will be held in May, and it will be before the other two great women’s tours. It was one of the decisions that the AIOCC (International Association of Cycling Race Organizers) ratified a few days ago at a General Assembly held in the French town of Compiègne.

The Steering Committee also registered a 22% increase in its contribution to the fight against doping, for a sum of 1,098,000 Swiss francs (1.1 million euros), and they also validated an increase in prizes for cyclists for their victories. “The increase for the 2023 season will be 11.82%,” explained Kiko García, director of the AIOCC. “It will apply immediately for all UCI WorldTour events,” he adds. “The 2022 season was praised by all the organizers. Today’s champions attract young people and the bicycle occupies more and more space in our day to day ”, celebrate from the AIOCC, who hope to leave behind the cancellations of events due to the pandemic by 2023, since in 2022 several tests were still affected.