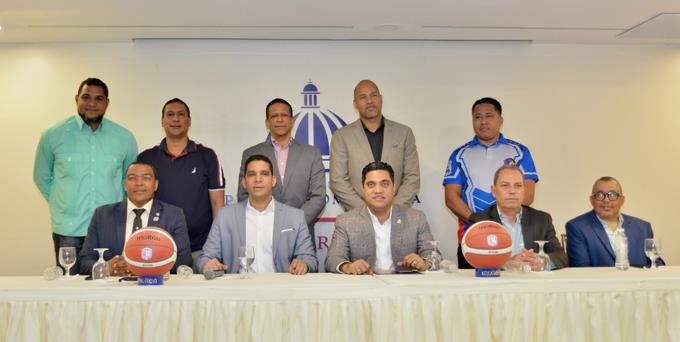 The First TBS Champions Cup Basketball Tournament is already a reality and will have the BanReservas Cup as an option.

This Tuesday, the great sporting event was officially announced to be held over a period of five days, from Wednesday the first of February to Sunday the 5th at the Palacio de los Deportes Professor Virgilio Travieso Soto, in the city of Santo Domingo.

The Central Government, through the Administrative Ministry of the Presidency, will support the sports fair, together with the Ministry of Sports and the Reserve Bank.

The announcement was made by the mayor of La Vega, Kelvin Cruz, who serves as president of the Organizing Committee of the Champions Cup, which brings together eight monarch teams from eight different provinces that hold top basketball tournaments in the country.

Cruz stressed that “this is a patriotic event, where each team involved and their players will represent their respective towns, provinces and municipalities.”

The contest, whose Organizing Committee is headed by the vegan mayor Cruz, is set up and organized by the Dominican Basketball Federation (Fedombal), chaired by engineer Rafael Uribe, and has eight champion teams from their respective jurisdictions, distributed in two groups, in a draw made this Tuesday.

In Group A will be the clubs Parque Hostos, from La Vega; Gregorio Urbano Gilbert (GUG), from Santiago; lagoons of San Cristóbal; and Don Bosco, from Moca, in Espaillat.

While Group B is made up of the clubs Virgilio Castillo (Chola), from La Romana; Bameso, from the National District; Roadrunner of the Lower Part, of Puerto Plata; and San Martín de Porres, from San Francisco de Macorís, from the Duarte province.

Uribe said that “this cup dignifies the champion clubs of each province for the exchange of players, creating bonds of friendship and sports brotherhood.”

Cruz and Uribe reported that the Dominican Government, chaired by Luis Abinader Corona, will give great support to the Organizing Committee and the eight participating teams.

The details were offered during a meeting with the press held this Tuesday in the James Rodríguez Conference Room of the Ministry of Sports, headed by Cruz and Uribe, together with Sports Minister Francisco Camacho.

Camacho also announced that they will be able to count on the Ministry of Sports for the TBS Basket Champions Cup, which will be played from Wednesday, February 1 to Sunday, February 5.

Also at the main table were Garibaldi Bautista, president of the Dominican Olympic Committee (COD); Deputy Pedro Botello, from the Virgilio Castillo (Chola) club in La Romana, representing the eight teams; and the journalist Américo Celado, president of the Association of Sports Writers of Santo Domingo (ACDSD).

Cruz and Uribe announced that the matches will be broadcast through CDN Deportes, and during the first three days there will be four clashes between the members of the two groups starting at 11:00 in the morning, 1:00 and 5:00 on afternoon and 7:00 p.m.

The National Police, as reported by its director of Public Relations, Colonel Diego Pesqueira, who is also the president of the National District Basketball Association (Abadina), reported that by order of the General Director of the institution the Champions Cup will have a strong safety device throughout.