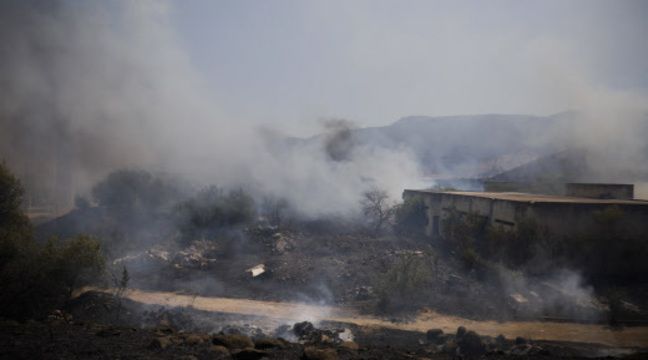 Two days after the rocket fire against Israel from Lebanon, the Israeli army carried out attacks on its neighbor.

Three rockets were fired from Lebanon into Israel on Wednesday: Two shells landed on Israeli soil in Israel and the third missed the border, according to the IDF. It responded first with artillery strikes and then with airstrikes against Lebanon, the first forays in years.

The army carried out attacks again on Friday after “more than 10 rockets were fired” from Lebanon into Israel, according to a military statement, which reported no casualties.

“Most of the rockets were intercepted by the air defense system,” the Israeli army said in a statement.

While the shots were not initially claimed, Hezbollah said on August 6 that it had fired dozens of rockets into the territories of the disputed Mount Dov region in response to Israeli airstrikes in southern Lebanon.

For its part, the United Nations Interim Force (UNIFIL), deployed in southern Lebanon to act as a buffer between the two countries, denounced a “very dangerous” escalation on the border.

In 2006, the last major confrontation between Israel and Hezbollah left more than 1,200 dead on the Lebanese side, mostly civilians, and 160 on the Israeli side, mostly soldiers.