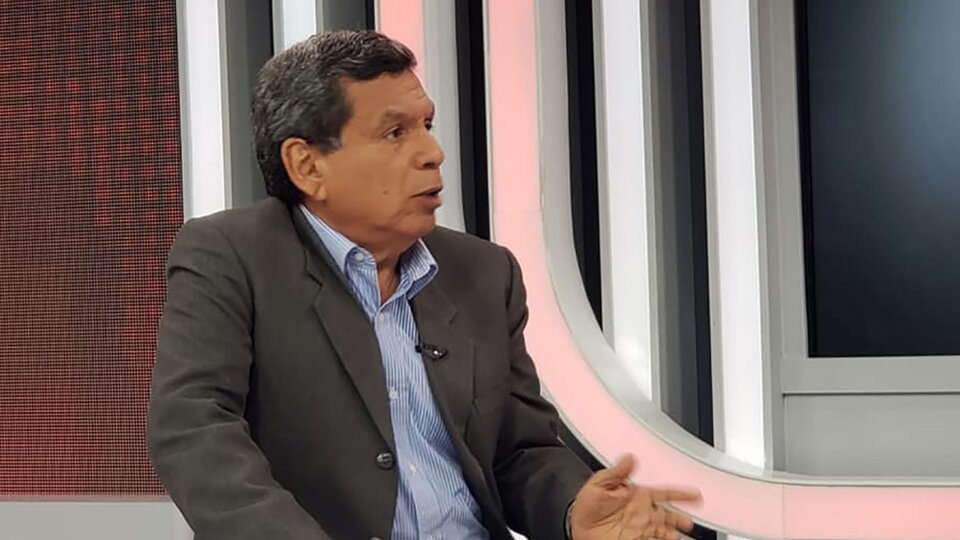 Hernando Cevallos, a 66-year-old doctor, was the first Minister of Health in the government of Pedro Castillo. He successfully faced the pandemic and the vaccination campaign, which made him the most recognized minister of that government. However, he left office just over six months after the start of the government due to pressure from Peru Libre (PL), the party that brought Castillo to power, to put one of his militants in that ministry. Cevallos, a long-standing leftist leader, is not a member of PL. He studied medicine at the National University of La Plata. He later lived for several years in Argentina, where one of his children now resides. He began studying in 1975 and he had to live through the dictatorship. He says that several of his fellow students were disappeared and that he gave his testimony before the Inter-American Court of Human Rights to denounce those disappearances. Upon returning to Peru, in the 90s he joined public health and the left. He was a union leader and in 2016 he was elected congressman for the leftist Frente Amplio, a position he left in 2019 when Martín Vizcarra closed Congress. He was in the massive mobilization through the streets of Lima last Thursday demanding the resignation of Dina Boluarte and spoke with Página / 12.

Q: What balance do you make of the popular mobilizations that this Thursday concentrated in Lima the presence of residents from all over the country in “the takeover of Lima”?

–It is a social overflow, people want to be heard and they are not heard. The mobilizations are massive. People feel totally left behind. That has been getting worse. These mobilizations have regional leaders. The mobilization in Lima has been massive. Despite the enormous difficulties, it has been an expression of the presence of numerous delegations from different parts of the country. It also shows us that the popular field needs to improve its organization, to better centralize management. He showed the intransigence of the police, who permanently obstructed the entire march. The strategy against the marches has been to shoot to kill to demobilize the people in the most brutal way, to lower the intensity of the social and popular response, but they have not succeeded. On the contrary, they have aroused a growing level of outrage. The media try to minimize these marches and all day they talk about violent demonstrators, trying to make the acts of violence that have occurred be seen as a generality.

Q: Do you think that behind these violent actions in the mobilizations there are infiltrators who respond to the right, to Fujimorismo?

–Of that I have no doubt. There is a violent far-right movement linked to Fujimorism called La Resistencia, which is highly organized and has operational capacity. infiltrates

the marches with violent acts to break any sympathy for these protests in public opinion.

Q: What do you think of Boluarte’s message on Thursday night in which he applauded the repression and criminalized the protests?

–It is an irresponsible message, which shows us the desperation of the Government of not being able to control the situation, reveals that they feel that they have no way out. It reflects the fear they have of popular struggles that are increasing. They justify the violence of the repression because they know that their departure means being prosecuted for crimes against humanity. The sectors that represent the power groups know that if they lose this fight with the popular protests, what is being proposed are fundamental, structural changes. They know that much more is at stake here than Dina Boluarte. The presence of a militarist sector for which the exit is to blood and fire is verified.

Q: After this message from Boluarte, is there any room for dialogue or has a point of no return been reached?

I don’t see a way out of the crisis with Boluarte as feasible. In that I think there is a point of no return. There are demands of the populations that are inalienable. What people are not going to forgive is the number of deaths there are. Protesters who did not have a weapon in hand have been killed. The protests will continue because the injuries are very large and the levels of mobilization are too. This problem will not be solved as long as there is impunity. There is no way out that allows this government to keep up with that load of deaths. Boluarte’s resignation is inevitable.

— Boluarte has insisted that he will not resign.

–If the mobilization is maintained and more social sectors are incorporated into the fight, beyond a provocative message, the government can back down and Boluarte resign. One of the reasons he doesn’t quit is because he knows there’s no going back for her. If she resigns she will undoubtedly be prosecuted for the murders of protesters and she will end up in jail.

Q: If Boluarte does not resign and Congress does not advance the elections scheduled for 2024 for this year, what can happen?

–That opens up a very risky scenario for the country with the possibility of a much greater confrontation, with disastrous consequences, much more serious than what is happening. People are very outraged.

–If Boluarte resigns, she would be replaced by the president of Congress, retired far-right general José Williams, who in the past has been accused of human rights violations. That, instead of solving the crisis, can it not aggravate it?

–The resignation of Boluarte alone does not solve the crisis, the population also demands the resignation of Williams so that he assumes a new board of directors of Congress with a new president, or president, who replaces Boluarte. Williams’ resignation is also indispensable. The people have a very clear position, they come from a very strong experience of repression, they want Boluarte and Williams to leave, that there be elections this year, that all the murderers of protesters be prosecuted, and that a referendum be called for a Constituent Assembly.

Q: How do you take the accusations made by the government and the right-wing against the protests of having links to terrorism?

Q: What is that political plan?

–Install a dictatorial police regime, surely with some populist traits. The plan is for the right to win the elections and stay in power. That is why they have entered so hard to demobilize the people.

Q: Does the left have a choice in the next elections?

Q: What the experience of the last two months is showing us is that the yearning for change, the clarity that our people have to identify class enemies, power groups, the need to fight against corruption and for profound changes, are more alive than ever. That the right has not been able to kill him. The left has the challenge of adjusting its program to what Peru wants, of seeking the necessary levels of coordination and unity because the right has a force that an isolated left party cannot face. The left has enormous capital, which is the hope of the people, and this is shown by these massive mobilizations of people who have not been fooled by the right.

Q: Has the level of support for Castillo surprised you after his fall?

–Beyond the fact that he did not keep his promises, he continues to be a popular reference, people continue to feel that he is one of them. There is a sector that comes out to defend Castillo because they have mistreated him and that has generated outrage among the people. I have the impression that this goes beyond Castillo. People do not focus on a return of Castillo that things are resolved. It is a phenomenon of many years of postponement of the Peruvian peoples, Peru never became a Nation, you travel the country and you see places where the State does not exist. People who feel neglected identified with Castillo’s candidacy because he saw him as a man from the mountains, like a cholo, but a humble cholo like them, not a cholo like Alejandro Toledo. And that’s why he made it his own. He can be accused of being a thief, that he doesn’t do things well, that he doesn’t speak well, but people feel he is one of them and they feel that they have taken him away.

Q: How do you assess the Castillo government now?

Q: It was a contradictory government, which is difficult to define. He advanced in some tweaks to the crisis, but he never dared to touch the big interests in the country. He did not break contact with the town, but he was losing ground, disenchanting many people, but the town continued with the expectation that Castillo could make substantive decisions. We were not at a point of rejection, we were at the point where people called him ‘president for when’. The people know that the right wing blocked it, threatened it, cornered it, that the media attacked it. The Constitution is a straitjacket for any government, it does not allow touching the interests of companies, contracts cannot be discussed, the State cannot plan or do business. I felt that Castillo had a lot of pressure and that generated a lot of insecurity for him. There were many back and forth. We talked to make decisions that were not made.

Q: What do you think of the accusations of corruption against de Castillo?

–The media are more concerned with the one who steals a piece of candy than with those who have stolen the country. But that doesn’t excuse him. I could not advance a trial on these accusations, but there are worrying indications.