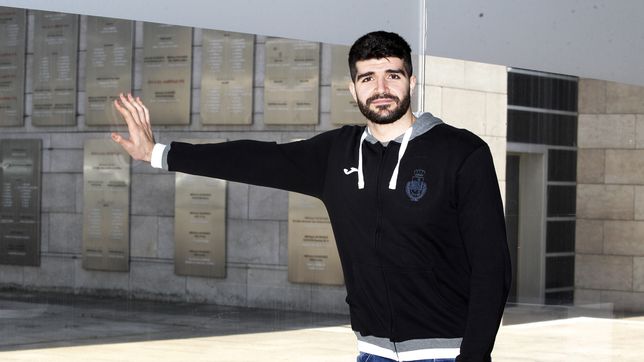 The priority was to win Montenegro, to try to qualify for the next round with four points. But defeated by the Balkans (30-25) now comes Chile (20:30, Teledeporte), the third South American team, which since 2011 appears regularly in the World Cups. With Mateo Garralda on the bench, the country emerged, and now entrusts its fate to another Spaniard, Aitor Etxaburu (Olympian in Barcelona and Atlanta), to keep them among the best. And against Spain the Chileans risk their hopes, although as the Feuchmann brothers say, “In handball there are no surprises like in football, which produce bizarre results”, and they almost trusted their chances to defeat Montenegro in the third game, that would allow them to make up for the bump against Iran (24-25).

In the Hispanic profile there is a surprise: Imanol Garciandia (27, Urretxu, Guipuzcoa), a tall right-back (2.04 meters) who has carved a niche for himself in a position with three players, two of them contrasting, like Álex Dujshebaev and Jorge Maqueda. “It’s not just the two of them; Also Gurbindo. It is very expensive to enter the Hispanic left-backs because there is a lot of quality. Playing in the World Cup is already a prize”, ensures that of Pick Szeged, to whom his coach Juan Carlos Pastor predicted a good year after a campaign under his orders: “The truth is that he is getting it right.”

In a team with the distinction of not having an outside throw, Imanol is a tall guy with great coordination and physical power: “I know that it is difficult for me to play a lot, but if Álex acts more in the central position, there is more room to share with Maqueda. Maybe I bring a different style, but the important thing is to collaborate to win. Now what we have to think about is reaching the second round with all four points, and then it will be time to dream”.

Garciandia, forged in Logroño, with two seasons in France and now in the second in Hungary and with one more year on his contract, focuses “on not relaxing against Chile, in any way”, He says.

For the coach, Jordi Ribera, who is already beginning to see that Joan Cañellas is entering the group’s rehearsals, “Chile is always a very quarrelsome team, one of those teams that grow as they play matches and that after losing on the first day against Iran will try to speed up their chances today access to the main round, so I’m sure he’s going to put everything in and we’ll have to do the same, although it can’t be said that we’re already at our best level. The team is still in formation and the normal thing is that it will go further as the World Cup progresses”.