Yésica Yolanda Bopp is a resilient woman. Always it was. Since he was a teenager, when he was clear that he was not “attracted to playing with dolls” and wanted to start boxing, at the age of 16, at a time when there were very few female boxers in an eminently macho sport. At 24 she was already a world champion and today, at 37, she is already in the Guinness Book as the boxer with the longest standing of a world title (from 2008 to today, 12 years and seven months). But, of course, it is usual that in his life – and in his career – there are setbacks that he must overcome. Months ago she had one that hit her and changed her reality, such as the cancellation of the boxing Pre-Olympic and, therefore, of her Olympic dream. And now, 25 days ago, he added the second loss of his career (36-2, with 16 knockouts). In his first fight in almost two and a half years, he lost in Misiones to Santa Fe Juliana Basualdo. Just when he is days away from defending his WBA light fly scepter, in Colombia.

But she, as always, maintains her mettle. “The Pre-Olympic was a blow, I was very excited to be in Tokyo and bring a medal for our country. But not the September defeat, because it is part of the process, of returning to the ring, to get back on track, after a long time without fighting. My goal is in the 22nd, to retain the title in the evening entirely of women’s boxing that will be held for the second time in history ”, says who will face the Venezuelan Johana Zuniga. But Tuti also continues to be that woman “who wants to be more than a boxer.” Mother, social psychologist, trainer and permanent in solidarity work, in this note she tells how she continues her life outside the ring … 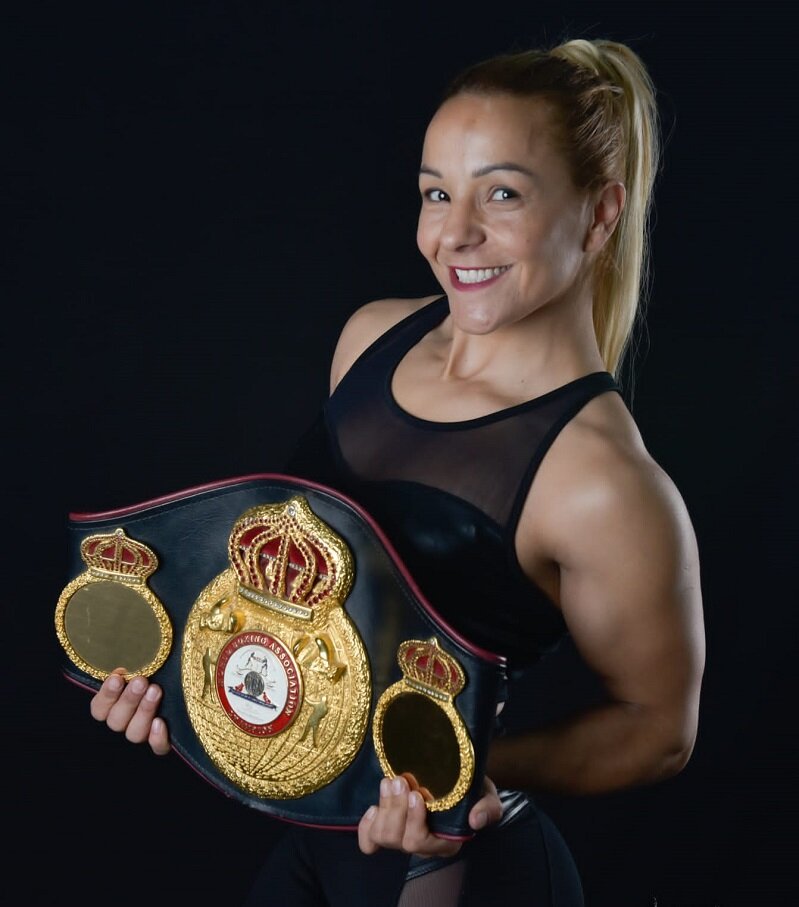 That return with defeat did not leave her worried. “First because I took it more as a return to the ring and second because I returned in a category that was not mine, giving weight advantages (NdeR: calculate that she fought with 4 kilos less than her rival), against a boxer with longer arms and in a six-round fight when I’m used to going to 10. We took everything into account, it could happen, but the priority It was to make a previous fight before going for the title, “he recalled, while ensuring that the defeat served him as learning. “I learned that, at my age, I have to give more importance to pain, recovery … Sometimes I think that I can do everything, that when I heat up everything passes, and it is not like that. Now I suffered from plantar fasciitis, I fought infiltrated and during the fight I was caught by a pull that did not allow me to tread well. And I, who am 80% legs, was limited. I don’t want it to happen to me again, luckily I’m already training without pain “Bopp remarked.

The possibility of being an Olympian was a dream in her career, so the cancellation of the Pre-Olympic had a strong impact. “It was a hard blow, because I was very excited to be an Olympian, to live that experience, to bring a medal for the country … It was the glory to be able to be in the first Game with female boxing, I had bet on that. The way of training had changed for months, because one thing is professional boxing and another is amateur. In the second it takes a lot of blows without force, perhaps the opposite of what I was used to. We had a lot of time training, even concentrating on Cenard, and when the dream fell, I had to rearrange everything, go back to the professional field, resume that type of training “, he remembered, already with the defense of the title in the head.

“I am very excited because we will once again experience an evening totally of women’s boxing, as happened in La Guaira (Venezuela) in 2016. Now there will be five or six professional fights in Colombia. And physically I am fine, now without pain, and fine-tuning everything to get to the weight well, in my category (up to 49 kilos) Nothing can fail. All the desire, all the anger, the Venezuelan boxer is going to take as a gift (laughs). I’m back with Tuti (laughs louder). I still want to have my chance in Las Vegas, “Bopp enthused, with that old yearning always present.

-And outside the ring, how is your life going?

-Accompanying my husband, Cuervo Silva, who won in September, retained the title and now goes for the Argentine record, being the mother of my baby every day bigger (Ariadna, 6 years old) and reopening my gym at the El club Progress in Sarandí. I am not practicing as a social psychologist but I am still involved in leadership talks and now I am starting a new solidarity project with the Footprint Saint-Gobain, this program that has already been helping poor places for 11 years, and I have been since 2015. 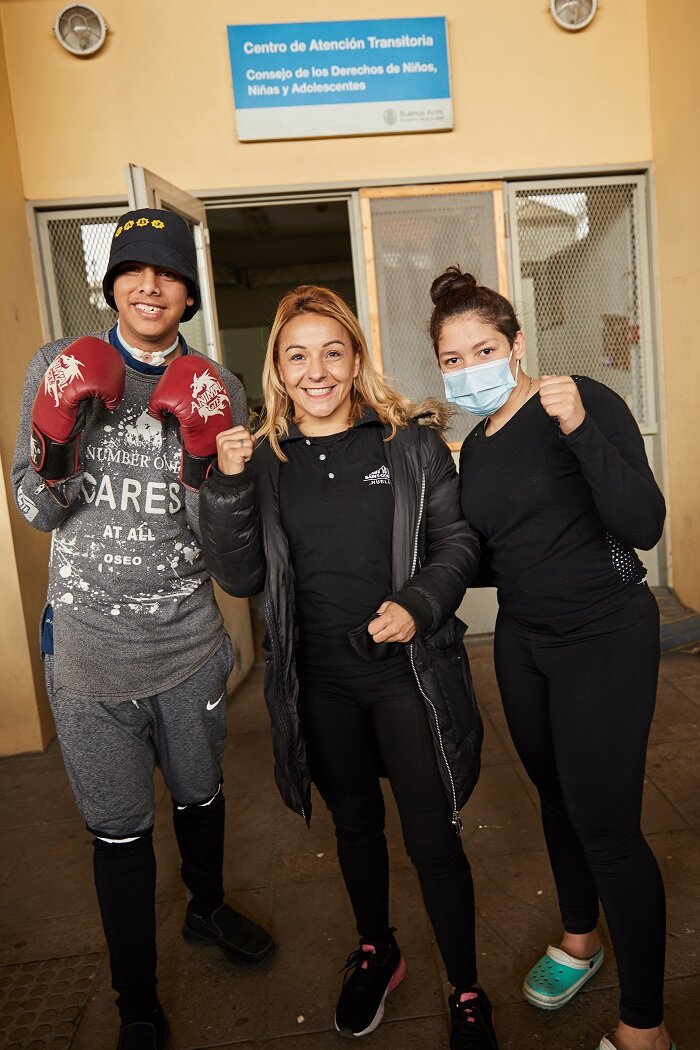 In this sense, Tuti is very clear about her goals. “It is a transitional home for boys and girls (up to 17 years old) in emergency situations, which aims to provide containment, listen to the problems of adolescents who are far from home, and seek options for a family and social reengagement. We went to deliver company materials to improve the entire exterior of the building and we attended the training of the people who are going to do it, which is another contribution of the program. Not only the donation but also the teaching, leaving a mark in that way. It seems minor, but making such a place more beautiful is important for those who live, even temporarily, “he said.

Interacting with people and knowing their reality is one of the actions that impacts them the most. “Something special always happens to you when you go to one of the places that we choose each year to help and it happens that you are still connected. It happens to me, with the boxing gym that we rebuilt in Concordia and another in La Plata. We remain in contact to continue helping. And here, in this center, it happened to me that I met two boys of 14 and 15 years old who practice boxing and it moved me. I was chatting with them, they brought their gloves, we took a photo and gave them some tips. I also put myself at the disposal of the place to make a boxing school there “, Bopp emphasized, in addition to trying to convey a message for the future:”If you want to be successful, you have to focus on doing the best you can, give your all looking for the best version and not stay halfway. The important thing is to have a passion, do something that you like and give it your all, because if in life you don’t find a dream, a goal, you can end up on the worst path … I told the manager of the place about the importance of channeling through sports, especially in boys and girls who, at an early age, have had family problems. Sport allows you to channel a lot, it motivates you, it takes you to another life, to a journey of goals and care, physically, in food, in breaks … Sport organizes you and gives you a reason for the day to day. I’ve seen it a lot in boxing and I really like to convey it “. 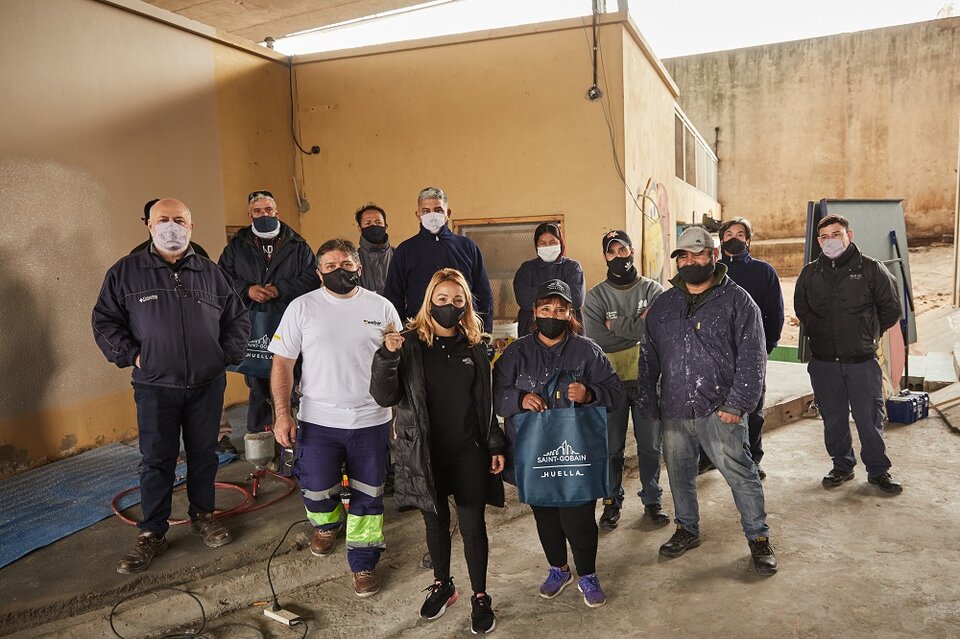 Mallorca wants to sneak into the great party of Real Sociedad

“With the reform of occupational health, we are setting the framework...

The US opens the door to another dose of J&J and...