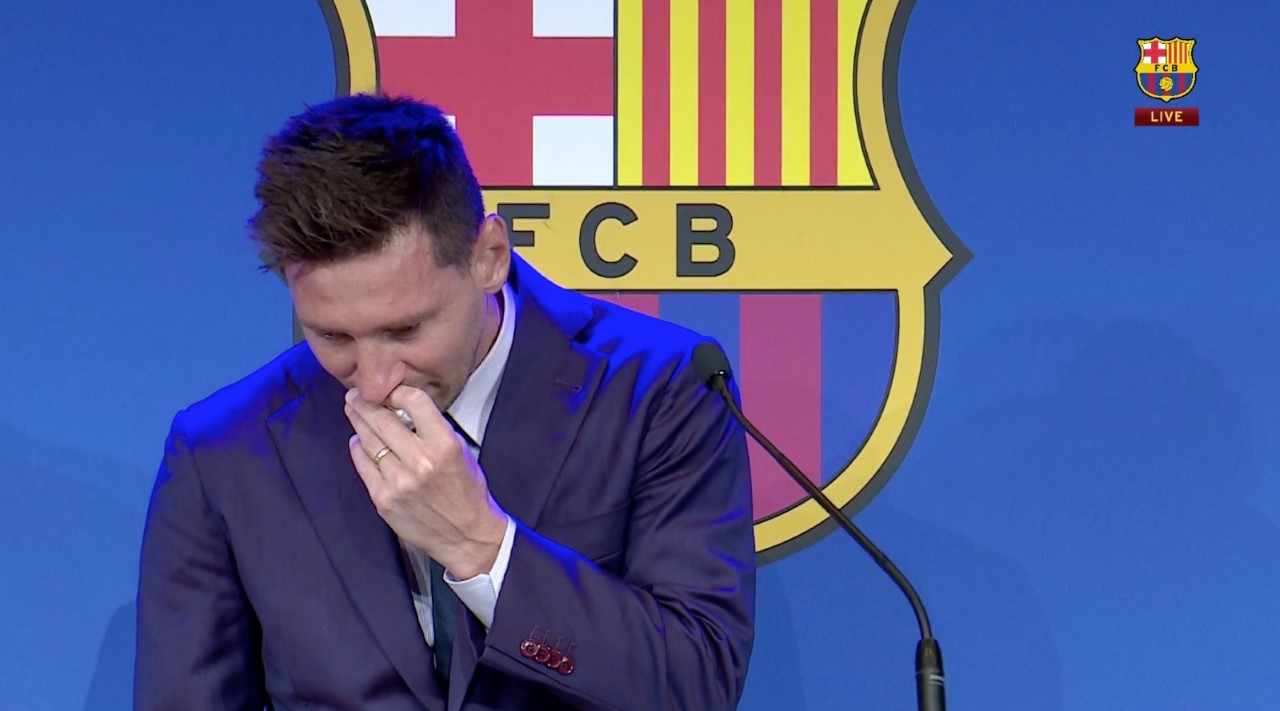 After 21 years at FC Barcelona, ​​Lionel Messi is retiring. This Sunday, August 8, the superstar of the Spanish club gave a press conference to formalize his departure.

In the front row, his wife Antonella Rocuzzo and their children saw the 34-year-old say goodbye to the club that gave everything. From the beginning of his speech, Lionel Messi made it known that he would have liked to continue with his Barça history. “My family and I were convinced that we were going to stay. That we would stay home, ”he said.

With tears in his eyes and a tight throat, “Leo” said that “he gave everything for this club, for this shirt.”

He also added that FC Barcolone had “helped him to grow, to improve myself and to become the person I am today.” “

The superstar received a standing ovation at the end of his speech, as some in the room also wiped away tears.

While rumors evoke a signing to PSG, Lionel Messi remained vague, nonetheless admitting that he had received many calls and that the Parisian club was “a possibility”.