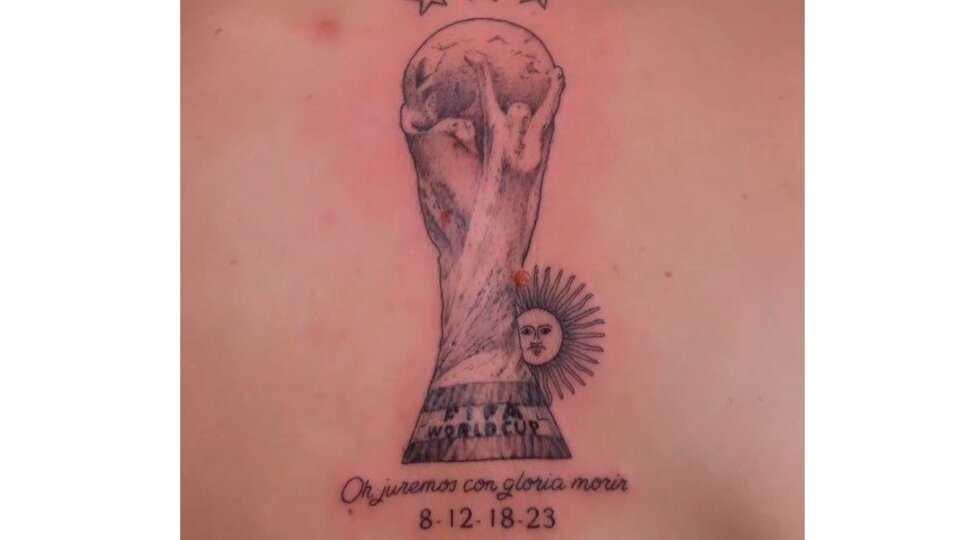 “Crowned with glory let us live. Or let us swear with glory to die”. That stanza is perhaps the part of the national anthem that was sung with the greatest effervescence during the last World Cup. That is why it was not surprising that Germán Pezzella, a member of Lionel Scaloni’s unforgettable team, decided to highlight that letter to immortalize it on his back, along with the drawing of the World Cup. The detail is that in the tattoo, did you choose? for modifying part of the lyrics, by including the exclamation “oh” followed by let’s swear instead of “o swear”.

The Spanish Betis defender himself uploaded the ink engraving process to his social networks. There, the footballer’s followers marked the grammatical error of the tattoo, while asking about the strange string of numbers that the design includes: 8-12-18-23. Some Internet users indicate that it is the date of the World Cup final (12/18/2023) although the reason for the first number of the series would not be understood either. Others, on the other hand, say that it would be the numbers of his closest teammates in the National Team.

Be that as it may, on his Instagram account, Pezzella thanked her tattoo artist. “Thank you genius,” she posted.