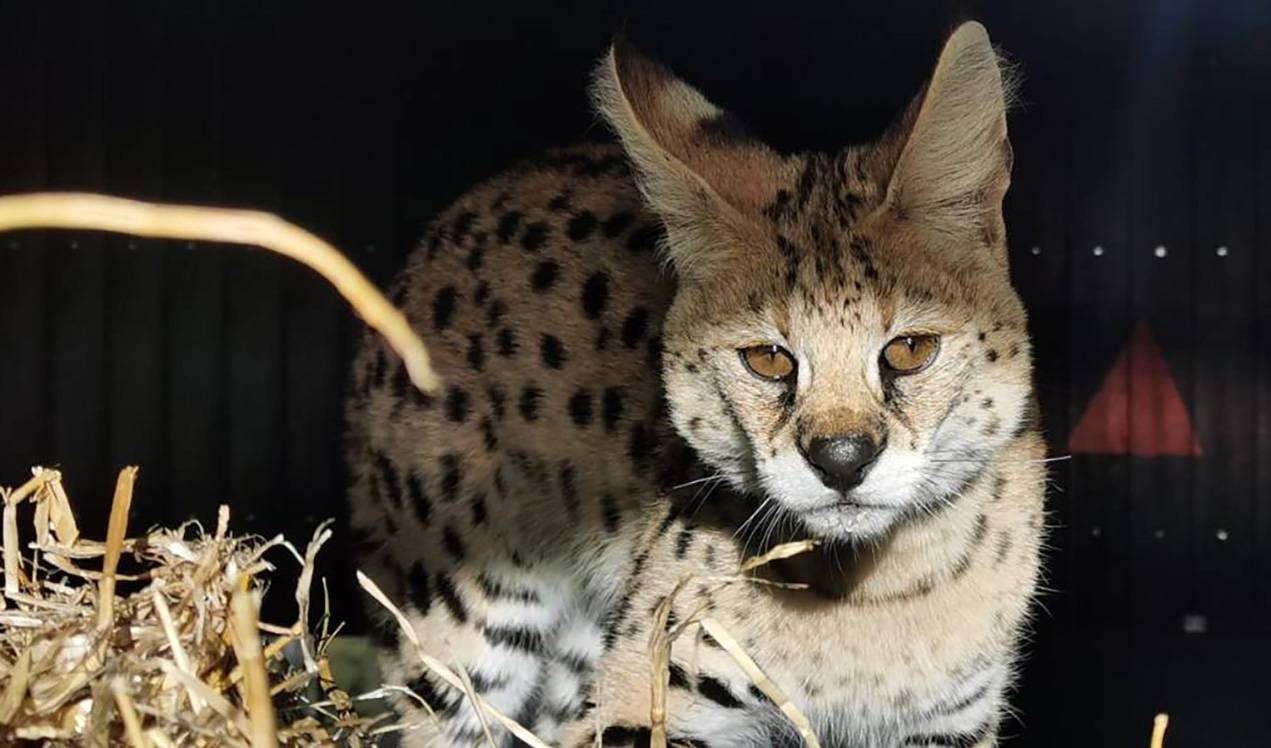 Exotic species acquired as pets are not protected by legislation in Spain, where a new Animal Welfare Law is under discussion. While this initiative is being discussed in Congress, in countries like Mexico, associations are struggling to improve fauna regulation, which is still deficient in the face of high corruption and illegal trafficking.

Last November, the Nature Protection Service (SEPRONA) rescued Kenya, a seven-month-old clouded leopard, from a private home, another of the many exotic specimens kept as pets in Spain. “AN Despite the fact that they are not suitable to be kept as pets, the private ownership of the vast majority of them is allowed in our country.”, says Marta Merchán, responsible for public policies at AAP Primadomus, the institution that took over the pantherine, classified as vulnerable.

“This case is not an anecdotal one, but one of the many that we receive every year and that highlights the lack of protection that exotic animals are in.”, guarantees Merchan. The organization he works for is Europe’s largest wildlife rescue center and has an office in Alicante that provides shelter and rehabilitation for seized primates and big cats.

Lack of protection of exotic animals

In Spain, anyone can collect exotic animals as long as the relevant administrative requirements are followed”,something not difficult to achieve in most cases”, guarantees the head of the center, waiting for the entry into force of the Animal Welfare Law, which includes the Positive Listings, a tool that would protect specimens such as the big cats.

This regulation, still pending in parliament, could be a turning point in the integral protection of animals like Kenya, one of the rarest cats that exist and from which only 4,500 individuals remain free in the world.

The owner must clarify the origin of this confiscated panther, which confirms the fatal consequences of the fashion of having exotic animals as pets.

“A large part of the apprehended fauna belongs to non-domesticated species; in captivity they cannot satisfy their basic needs at a physiological level, nor in terms of behavior and socialization. And, although there are some laws that regulate its traffic, they are insufficient in terms of trends, as with the CITES agreement.says Merchan.

International in nature, this agreement seeks to control the trade in endangered animals through three annexes, the first being the most restrictive as it includes the species over which the greatest degree of danger hangs. “However, it does not prohibit the possession of wild animals, it only regulates the trade of those that were extracted directly from nature. If the specimen has been bred in captivity, it can be sold with the relevant documentation.”, clarifies the member of the rescue center where Kenya is under protection.

CITES does not protect this animal if the owner shows a trend license. “In addition to trade regulation for the conservation of the species, this regulation does not take into account animal welfare and it is very easy for anyone to have a specimen like this unique panther“, he adds.

“In the case of Mexico we are still much worse off than in Spain. We are further behind in wildlife protection and welfare issues and big cats are heavily trafficked”, explains Daen Morales, a lawyer specializing in environmental and animal law and vice president of Biofutura, an association that, in addition to carrying out actions to protect biodiversity, fights to defend the rights of animals. “We use CITES as a tool to protect some endemic animals that official laws do not cover”, explains the specialist, whose association has a legal department from which judges and authorities are trained.

While there are several animal welfare laws, “are not complied with, much less for species as trafficked as the jaguar. Its definitive prohibition has been imposed since 1987 and nobody without exception can own it, however, there are legalized jaguar farms and they are commercialized”, explains Morales. As detailed by the lawyer, even the environmental agency itself, the Ministry of the Environment and Natural Resources (SEMARNAT) can issue licenses to have it.

“It is a business that moves a lot of money and is surrounded by a lot of corruption, with prosecutors and police agents involved.”, guarantees the vice-president of Biofutura, one of the associations that make up the National Alliance for the Conservation of the Jaguar, where they have filed several lawsuits to protect them. “But the traders’ union has a lot of weight, there are many animal traffickers with power in politics”, assures Morales, author of a report which analyzed the effectiveness of environmental agencies against infractions committed in this area.

“In Spain SEPRONA does its job, in Mexico we cannot trust the authorities: 99.98% of environmental crimes go unpunished. Here corruption permeates everything. Even if an animal’s origin is illegal, the process can be easily falsified. Jaguars captured by poachers are traded as if they had been bred in captivity. It’s called wildlife ‘washing’. However, even born in captivity, no big cat can thrive outside its environment.”supports the lawyer.

In addition to not being able to carry out a healthy development, many of these exotic species that live as pets escape or are released in ecosystems to which they do not belong. “In addition to the possible damage they can cause, such as the transmission of diseases, when acquiring them, their wild populations of origin are looted, as in the case of Vietnamese piglets, and they can become invasive species.”, explains Merchan.

In a habitat foreign to its own, the animal has two possibilities: die or become an invader, displacing the endemic fauna. “A global problem that in Spain gave rise to to the Spanish Catalog of Invasive Exotic Species”, says the expert.

This initiative, promoted by a royal decree, establishes the interdiction of certain animals through negative lists that grow as the number of species that become invasive increases.

“However, it does not avoid the problem, but tries to give an answer to it when it is already created. Legislation is long overdue without offering a comprehensive solution. In Spain, as long as a species is not classified as invasive and does not come from nature, being included in Annex I of CITEC, it is very easy to legally have an exotic animal. For this reason, we have been defending the Positive Registry for years, a tool that integrates the new Animal Welfare Law”, explains the head of the AAP.

The initiative, which adopts a system of preventive regulation for the trend of companion animals, covers those species suitable for keeping as pets, after evaluation carried out by independent specialists and which follows objective and scientific criteria. Thus, the possession of all fauna not included in the list is prohibited.

“This would clarify the animals likely to become pets based on animal welfare, public safety, public health, species conservation and environmental criteria. All those who do not meet any of the criteria will not be automatically allowed”, explains Merchán, who confesses to be “expectant and excited about the approval of this measure”, which has already been adopted in several European countries such as Belgium, Luxembourg, Holland, Norway, Malta, Cyprus, Croatia, Lithuania, France and very recently Italy.

“It would be very efficient in Mexico, where permits to keep, for example, a jaguar or a panther are so easy to obtain.says Moraes.

The approval of this chapter of the law that includes the Positive Lists would avoid cases in Spain like the one in Kenya, whose future depends on whether or not the holder, collector of exotic fauna, presents the documentation in order.

“We know that this specimen was separated from its mother very young, with the physiological and behavioral problems that this can cause any mammal. Also, she has cataracts and is practically blind. We still don’t know what will happen to her, if the papers say that she is of legal origin, she will have to be returned to the place where she was rescued.”, laments Merchán.

Ceremony in Westminster, concert of stars, national lunch… Buckingham Palace unveils the program for the coronation of Charles III