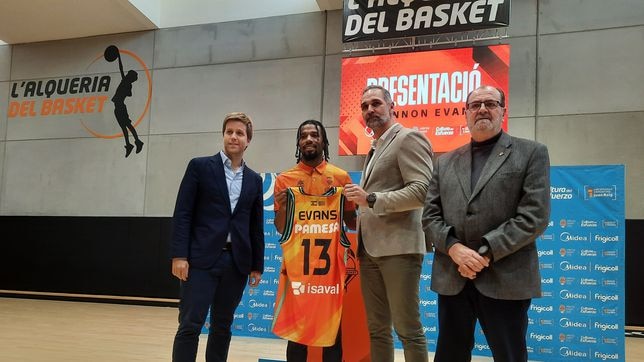 Valencia Basket has presented Shannon Evans, who signs with two seasons, until 2024. The point guard arrives from Real Betis and reinforces the point guard position reduced by injuries. The event was chaired by the president, Vicente Solá, the general manager, Enric Carbonell and the sports director, Chechu Mulero.

Víctor Luengo, institutional director of the club wanted to thank Evans and his “desire and firm will to join Valencia Basket”. Furthermore, you think “He is fully prepared to play in the ACB and the Euroleague”. Furthermore, he has confirmed that “It was our primary objective when we went out on the transfer market”

Shannon Evans will wear the number 13 shirt and says that “I am grateful for the opportunity to join Valencia Baket and I am looking forward to being part of this club after experiencing the atmosphere yesterday at La Fonteta” He was yesterday in the pavilion watching the victory of his new team against Partizan.

Álex Mumbrú stated a few days ago that Evans’ role in the team was going to be different from the one he had at Betis. “I spoke with Mumbrú and he has been clear with me. I come to be a generator that passes the ball because the team has good attacking players and good shooters”says Evans.

The player has rejected other offers he had from other teams because “I wanted to play in Spain and Valencia was my first choice.” In his position, Valencia has five players and with his arrival six but Shannon says that “I am not here to compete with them. I am here to learn and grow together.”

The team is in one of the best moments of the season. Add four victories in and Evans believes “We have a great team to compete in the Euroleague”.