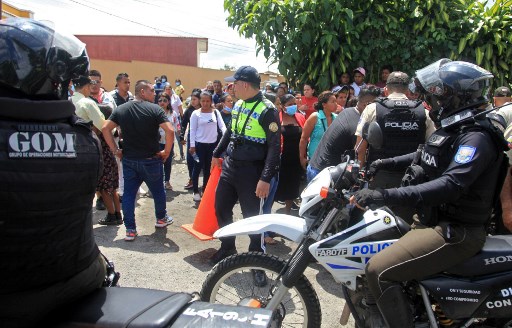 At least 44 people have been killed in a clash between two rival criminal groups in a South American prison in Ecuador.

According to foreign media, a fight broke out between the activists of two warring groups, Los Lobos and Arsion, in the Beleusta prison in Santo Dominico de las Colorado, on the outskirts of the Ecuadorian capital, Kyoto.
Clashes turned bloody and clashes between the two groups have so far confirmed at least 44 deaths and dozens injured. The injured prisoners were taken to a nearby hospital by trucks and ambulances.
A large number of families of the detainees rushed out of the jail after receiving reports of the clash and were anxious to know the welfare of their loved ones.
A statement from Ecuador’s public prosecutor said that conditions in the prison were gradually improving.
Ecuador’s Interior Minister Patricio Carillo said 220 prisoners had escaped during the clashes, with 112 recaptured and a search for 108 fugitives continuing.
Clashes between Ecuadorian prisons are common, with more than 100 people killed in a similar incident at a prison last year.

What does the Geneva Convention say about prisoners of war?

Israel accidentally shot down its own drone

Wave of inflation: People in Britain are forced to starve

Inflation Wave: People in the UK are forced to give up one-time meals