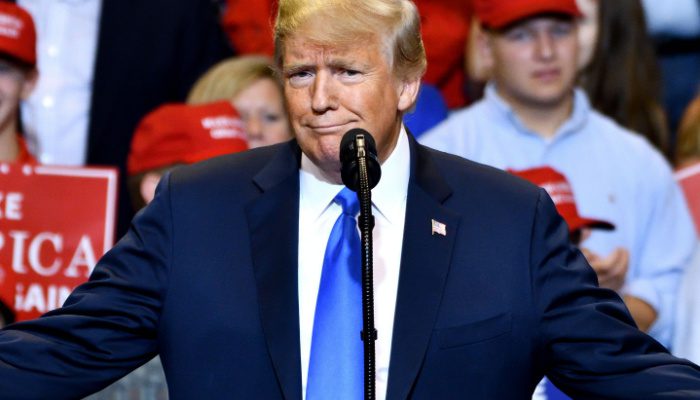 About a month ago you could read in the NFT news that Donald Trump had launched his own non-fungible token (NFT) collection. The collection, based on the Polygon (MATIC) blockchain, consists of 45 thousand copies and is based on different parts of his life and career. In addition to being a collector’s item, the NFT also offers opportunities to meet the former president.

Despite the criticism of the collection, it sold out within 24 hours and the floor price to about 0.27 ETH – three times the original price. Many people thought the cards were very ugly even by NFT standards. By contrast, 45 NFTs would earn you a guaranteed ticket to a 2,000-person gala dinner with Trump.

Shortly after the floor price and trading volume increased a few days after launch, the demand for the NFT collection dropped. According to NFT Price Floor the floor price fell to a low of 0.02 ETH on December 30. Data from analytics platform CryptoSlam shows that the demand for the collection is once again rising sharply. In fact, total daily sales volume rose nearly 800% from Tuesday to Wednesday, jumping from about $34,000 on Tuesday to more than $306,000 yesterday.

Data from NFT Floor price shows that the floor price was still 0.15 ETH on Wednesday, but at the moment it has risen to 0.348 ETH.

Reason for interest in Trump NFTs

While there is no concrete reason for the sudden surge in demand, some on crypto Twitter believe it is related to the report that the former president of the United States plans to return to mainstream social media networks. He was banned from Facebook and Twitter for inciting the storming of the US Capitol on January 6, 2021. His Twitter account was recently returned by Elon Musk and Trump’s team allegedly petitioned Facebook to restore his account.

Canada has appointed a special representative to prevent Islamophobia