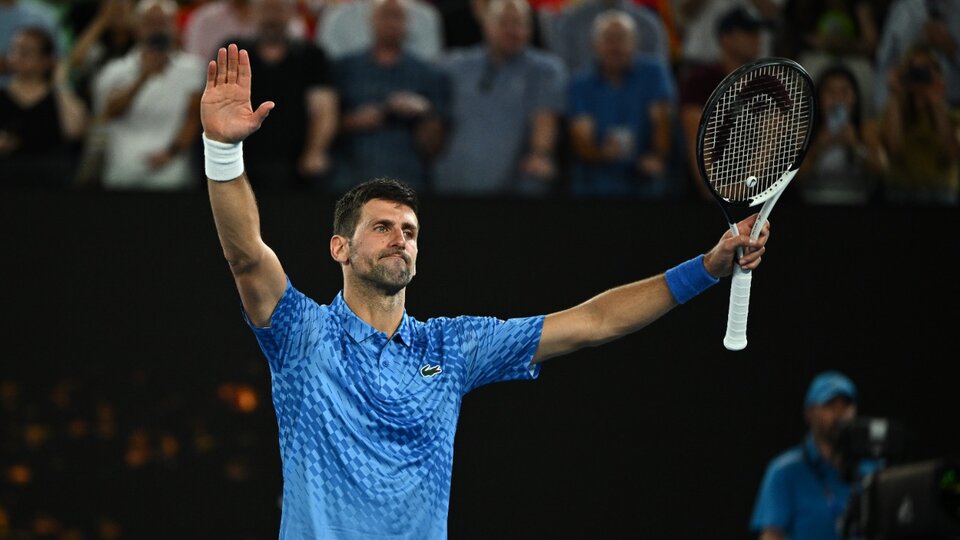 Serbian Novak Djokovic is launched in search of his tenth title in Australia and twenty-second Grand Slam trophy. With no trace of the muscular discomfort that afflicted him in previous matches, the former world number one dispatched Australian Alex Di Minaur on Monday with a resounding 6-2, 6-1, 6-2 victory and advanced to the quarterfinals. final of the Australian Open with growing expectation for the records that he sees on the horizon.

First, the scintillating two-hour, six-minute performance at Rod Laver Arena marked his 25th. consecutive victory in the tournament and left him just one away from the best streak of the Open Era, owned by American Andre Agassi (2000-2004).

The Balkan, maximum champion in Aus Open with 9 titles, a mark that he tries to swell this year after his absence in 2022 due to the Covid-19 vaccine scandal, has not lost at Melbourne Park since the round of 16 of the 2018 edition against the Korean Hyeon Chung.

Without complaining of discomfort in his left leg, after playing with a bandage in the previous match against the Bulgarian Grigor Dimitrov, Djokovic gave an account of the last Australian tennis player in the first Grand Slam of the year after maintaining the integrity of his serve throughout the match. The Serbian was three games away from adding the tenth crown in Australia and equaling the record for major tournaments (22), which is currently exclusive to Spanish Rafael Nadal, fired this year in the second round and without a chance to defend last season’s title .

The Russian Andrey Rublev, seeded fifth, will be his next opponent in the quarterfinals, a right-hander who was accredited with his victory over the Dane Holger Rune 6-3, 3-6, 6-3, 4-6 and 7-6 (11-9) in a match of three hours and 37 minutes. The Muscovite thus equaled his best performance in Melbourne and will seek his first semifinal in a major tournament.

Djokovic and Rublev will play the fourth match of a history that the Serbian leads 2-1 due to his successes at the 2021 and 2022 ATP Finals. The Russian curiously beat him on a visitor’s trip in Belgrade last season.