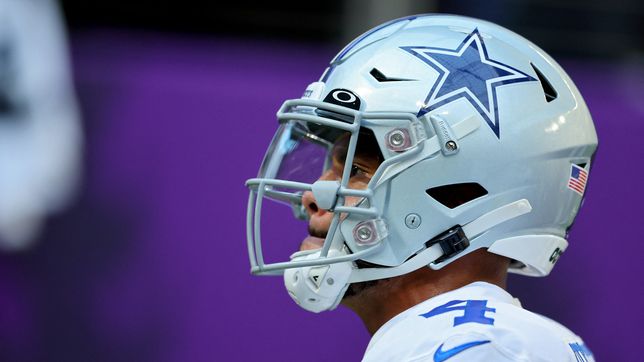 Now, quarterback Dak Prescott wants to increase the tools on offense with the addition of free agent wide receiver Odell Beckham Jr. The QB declared for the team website who looked for the former Rams to incorporate him into the team.

“When we play like this and you have the opportunity to add a talent like Odell, that can be special.. That creates more tools, not just for me, but for the offense. There are more things that will worry opposing defenses,” Prescott said. “We’ll have him visit and hope things go great during the recruiting process.”

At the moment, the Dallas receiving corps has CeeDee LambMichael gallupJames WashingtonNoah BrownAnthony callawayJalen tolbert and KaVontae Turpin. According to Prescott, other players have contacted OBJ about joining the Cowboys.

“He knows how much we love him here,” said the Cowboys QB. “Y a lot of the guys in the locker room have gone after it in different ways so that he knows that it is a team that he can help and we want him to come help”.

Dak Prescott shared part of his pitch to Odell Beckham Jr. and why he wants him in Dallas.#NYGvsDAL | @MillerLite

IT MAY INTEREST YOU: Cardinals fired coach ahead of NFL Mexico Game

Dallas’ passing offense under Dak Prescott is averaging 226.4 yards per game thanks to the fact that the run attack made up of Tony Pollard and Ezekiel Elliott opens many spaces in the secondary defense of the rivals.

At the moment, the receiving leader is Lamb with 751 yards and five touchdowns after catching 58 of the 93 passes thrown his way. Behind him is Brown with 384 yards and a score on 28 catches.