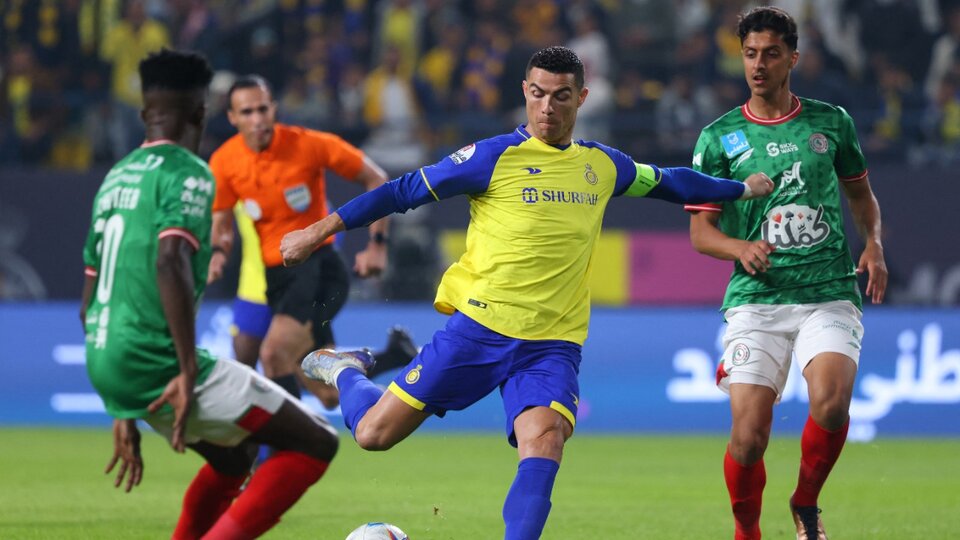 Cristiano Ronaldo added his first official minutes this Sunday at Al Nassr of Saudi Arabia, who beat Al Ittifaq 1-0 and remains in the leadership of the local Pro League after 14 dates.

The former Manchester United, Real Madrid and Juventus striker, among other clubs, made his debut at the Riyadh club, which he arrived after the Qatar 2022 World Cup with a contract until mid-2025 and salaries of more than 200 million euros for season.

After missing several dates due to a suspension from the English Premier League, the 37-year-old Portuguese started as a starter, used the captain’s ribbon and played the entire game for the team led by Frenchman Rudi García.

Gonzalo ‘Pity’ Martínez, former Huracán and River, also played for Al Nassr, who would have signed goalkeeper Agustín Rossi’s arrival on loan for six months from Boca, who was replaced after 22 minutes of the second stage.

The only goal of the day was scored by the Brazilian Talisca, after 31 minutes. The former Bahía converted with a header after a cross that seemed destined for Cristiano but ended up being too much for the Portuguese.

Thus, Talisca has 12 goals in 12 games so far in the Saudi league and also came from converting in the friendly against Lionel Messi’s Paris Saint-Germain, where Cristiano scored twice.