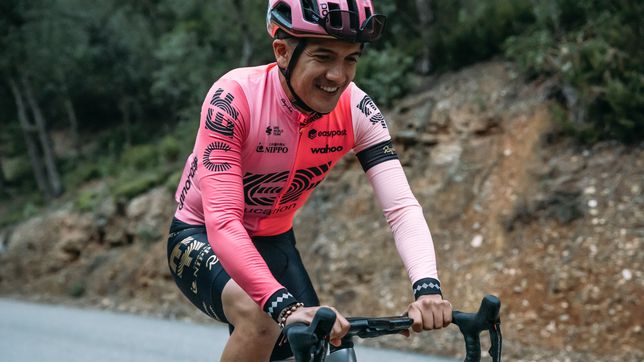 Richard Carapaz is back, as reported by his new team, the Education First. Over the years, her tonsils often became infected, which inevitably affected her ability to train and compete. After consulting with the team, Richard Carapaz underwent surgery in December to remove his tonsils. “I had this problem for about three years, a recurring problem of tonsil infections. When I was in the camp I had consulted with the team to have a tonsillectomy because in the past year I had had a lot of recurring infections and it was eventually becoming a problem. No matter what I did, I always had this problem. At the end of the day, it’s a nuisance,” says the 29-year-old former Ineos.

The surgery took place in Richard’s home country of Ecuador, in mid-December and the procedure itself went well, although Richard’s recovery has taken longer than initially expected. “Richard Carapaz had a planned tonsillectomy the week before Christmas in Ecuador. The surgery was successful, but he had a minor complication during recovery that saw his tonsils bleed. He has been off the bike for two and a half weeks and is now back to training normally,” says Jon Greenwell, EF Education-EasyPost team physician. As is common with tonsillectomy, Richard also experienced a great deal of swelling, essentially restricting him to liquids, porridge and soft fruits for about ten days. After more than two weeks on a complete hiatus from training, Richard received the green light from his doctors to resume light training early in the new year.

“The first day, I was a bit uncomfortable on the bike,” he says. “The first days I started with a couple of hours, only two or three. [Esta semana] I’ll start adding some more. I think things are going back to where they belong, the body adjusting to the bike again and getting back to the grind.” ”Richard’s health and the health of all our riders is always our first priority. This is not a long-term setback for him.though we may need to adjust some of your spring targets. His main goal, the Tour de France, is still going.”says team CEO Jonathan Vaughters.

“The performance staff and Richard will work together to get back to racing at a pace that makes sense.” Although he was disappointed that his recovery meant he had to give up the traditional turkey dinner at Christmas, Richard was happy to be with the family over the holidays and is looking forward to a full return to training. “The holidays were a little quieter than usual, but the important thing is that I was able to be with my family and be able to enjoy every moment,” he says. “I can start thinking now about starting to structure good training sessions and, above all, start the year off right.”

Brazil: Police announce they have identified “the mastermind” behind the murder of a journalist and an Amazon specialist