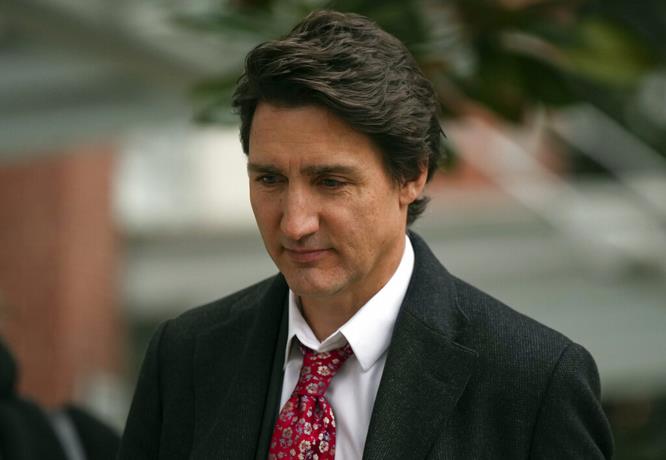 As a result of a historic agreement, Canada agreed to pay compensation of almost three billion Canadian dollars to indigenous peoples, in order to "make amends" suffered for a century by thousands of children hospitalized forced into religious residential schools.

Justin Trudeau’s government announced on Saturday an agreement with 325 indigenous communities to compensate them with up to C$2.8 billion (about US$2.1 billion) for abuses suffered between the late 19th century and the 1990s.

"Canada is committed to repairing the collective harm caused by the residential school system and the loss of language, culture and heritage"according to an official statement.

For nearly a century, the Canadian government sent some 150,000 children to 139 residential schools, mostly run by the Catholic Church, where they were cut off from their families, their language, and their culture.

Many suffered physical and sexual abuse, and thousands are believed to have died from disease, malnutrition or neglect.

It was not until recent years that investigations were carried out to shed light on the tragic colonial past of this former territory of the British Empire.

The record sum announced Saturday, to be placed in a non-profit trust independent from the government, will be used to "revitalize indigenous education, culture and language, to help survivors in their healing process and reconnection with their heritage"according to the official statement.

For nearly two years now, this grim past has been resurfaced by the discovery of Aboriginal children’s graves near institutions where the children were forcibly recruited.

More than 1,300 graves have already been identified, the most recent ten days ago.

In Lebret, in the province of Saskatchewan, a radar made it possible to discover about "2,000 suspect areas" they will be the subject of an in-depth search, the Cree Star Blanket Nation announced Jan. 12.

In this community in western Canada, it has already been identified a fragment of a child’s jaw dating to about 125 years.

"It is time for Canada to not only acknowledge this damage, but to help undo it (…). This agreement is a good first step"he said in the statement published on Saturday.

"The repercussions go beyond my generation. It will take many generations to heal"said Shane Gottfriedson, a former leader of the Tk’emlúps te Secwépemc community and also a promoter of the resource.

"All survivors deserve justice and the compensation they are owed."said Marc Miller, federal minister of Indian Relations in the press release.

The precise terms for the disbursement of these 2.800 million Canadian dollars will be decided by federal justice on February 27.

"This agreement aims to take steps to repair the damage that has been done to our nations."insisted Gottfriedson, stressing "the devastating effects of residential schools" among all Canadian aboriginal peoples.

A national commission of inquiry in 2015 characterized the residential school system as a "culture genocide".

On a visit to Canada last July, Pope Francis asked "sorry for the wrong" inflicted for decades in boarding schools for indigenous children, saying "afflicted" by these practices, encouraged by the doctrines of the Catholic Church of the time.