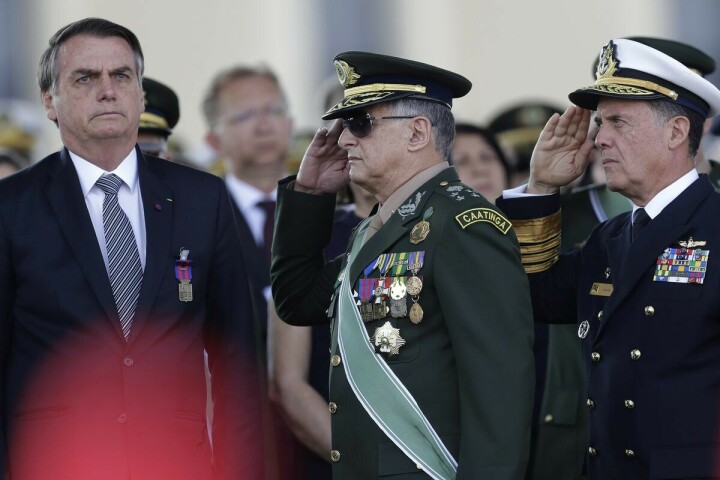 After the dismissal of the Brazilian army chief, several government buildings were also attacked by supporters of former president Jair Bolsonaro.

Lula did not immediately issue a statement on the change, but a statement from the official website of Brazil’s armed forces said General Julio Cesar de Arruda had been removed as army chief. .

AFP and Reuters news agencies have also reported shootings in other cities, including the Brazilian capital, citing military sources.

Arruda has been replaced as Brazil’s army chief by General Tomás Miguel Ribeiro Paiva, who had been head of the Southeast Military Command.

It should be noted that riots and riots are going on in Brazil at this time by the supporters of the former Brazilian president. Supporters of former President Bolsonaro attacked the National Congress, the presidential palace and the Supreme Court in Brasilia on January 8.

Protesters refused to accept Bolsonaro’s defeat to Lula in the presidential election and called for the military to intervene.

Denying defeat in the election, Bolsonaro also made statements about a military coup against the government.

The current Brazilian president, Lula, had expressed fears that there were Bolso Naro sympathizers in the military, who could plot against him. More than 2000 people have been arrested so far in connection with the riots.

It is also worth mentioning here that former President Bolsonaro, himself a retired military officer, maintained close ties with the armed forces during his presidency.