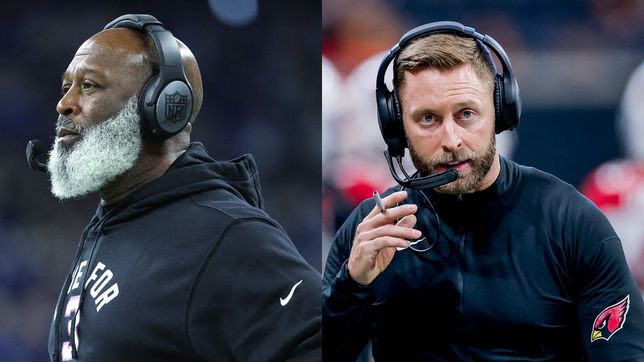 The regular season of the NFL in 2022 has come to an end and with this they have finished several projects throughout the league.

The first Monday after the last week of activity is known as the ‘black monday‘ Because organizations end up in bond with coaches who didn’t meet their goals.

The coaches fired after Week 18 were lovie smithof the Houston Texans, and kliff kingsburyof the Arizona Cardinals.

The Texans missed the opportunity to get the first overall pick in the 2023 Draft by beating the Indianapolis Colts with a successful two-point conversion. With this, the Houston team finished the season with a 3-13-1 mark.

Smith is the second African-American coach fired by the Texans after one season; before him, there was David Culley.

IT MAY INTEREST YOU: Jill Biden seeks to empower women through flag football

Farewell to the Arizona desert

Less than a year after signing an extension that would keep him with the Cardinals until 2027, management decided to terminate Kliff Kingsbury’s contract. In four seasons with the Cards, the former Texas Tech head coach went 28-37-1 in the regular season and 0-1 in the playoffs.

Kingsbury’s stint in Arizona was not a complete failure, as he had the third-most wins as a head coach since the team moved to the southern state. With 28 wins, he trails Bruce Arians and Ken Whisehunt, who had 49 and 45 respectively.