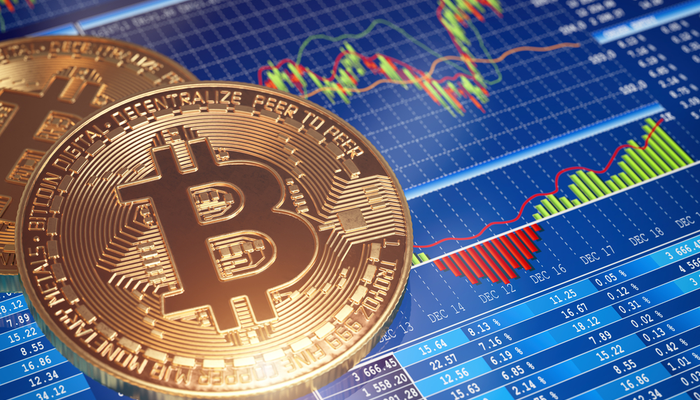 Bitcoin (BTC) had risen a lot faster last week than many analysts had expected. The price is no less than 27% up since the turn of the year. On Saturday, bitcoin already touched $ 21,000, but the resistance was still too great.

Bitcoin $BTC now up almost 22% over the past 5 days and just put in a weekly close above the 2017 high 👀 pic.twitter.com/OmhQRVpKgB

This means that the bitcoin price is up 1.5% today. Trading volume fell 15% in the last 24 hours. The total market capitalization is $400 billion and the dominance is 41%.

The well-known bitcoin fear and greed index has been at or close to “extreme fear” since June 2022. The huge price increase caused the index to reach 52 (neutral) last weekend, the highest since April 5, 2022. Last night the index fell back to 45 (fear), but it is still a clear sign of the improved market sentiment.

The sharp price increase shortly before the weekend resulted in an enormous liquidation of short positions, or a short squeeze. It was the biggest in over 3 months, Coinalyze reports:

With that, bitcoin finally broke the infamous 200-day simple moving average around $19,500 and then immediately broke the 200-day exponential moving average just below $21,000. As analyst Caleb Franzen points out, the zone in between can be important and serve as support. If this does not hold, the sentiment can quickly return to bearish capsize.

Bitcoin mining difficulty, as expected, rose by a whopping 10.26% last night. This brings the difficulty to a new record of 37.59 T against an average hash rate of 269 exahashes per second according to BTC.com.

In recent months, bitcoin miners have been under heavy pressure due to the high competition, high costs and low price. Nevertheless, the capitulation among miners finally seemed to be over, but this significant increase naturally creates more pressure. According to CryptoQuant analyst Kripto Mevsimi, miners were already shifting their reserves in preparation:

“We started to see from MPI and Miner Reserves charts that they already started preparing themselves.”
by @KriptoMevsimi

However, analysis company Delphi Digital reported at the end of last week that miners would have to sell almost all of their reserves in 2022 in order to survive. Can this still lead to a new capitulation round?

Bitcoin Miners have been selling almost all of their #BTC to keep their firms afloat. pic.twitter.com/GtimhQI8ZU

Bitcoin price increase is the result of accumulation

According to analytics firm Santiment, the recent surge is the result of investors accumulating hefty amounts of BTC over the past few months. Even the whales would have already bought, although relatively a lot less.

📈 A definitive explanation on why #crypto prices have bounced:

However, cryptoquant analyst Mac_D reports that institutional investors are still very cautious. We haven’t seen any large over-the-counter (OTC) transactions recently. They may first wait for a better macroeconomic situation.

$BTC has risen to 21K, but institutional investors are just watching

“OTC trading will be brisk when they expect a full-fledged uptrend turn.”
by @MAC_D46035

Finally, the Dutch analyst Maartunn warns that the so-called funding rates, or funding rates for perpetual derivatives, have reached a 14-month high. This can be done for one long squeeze worry and with that one pullback of the bitcoin price.

“In the previous occasions where Funding Rates were as high as today, #Bitcoin had a pull back.”
by @JA_Maartun

Trade together with Crypto Insiders

Are you looking for help with trading? Do you have questions and would you like to receive technical analyzes for a large number of crypto coins immediately? Join and try a Premium membership free for 30 days. Here our analysts share their market knowledge and the latest analyzes 24/7. Here you can also get in direct contact with various market experts and crypto enthusiasts who are ready to help you!

Disclaimer: Investing involves risks. Our analysts are not financial advisors. Always consult an advisor when making financial decisions. The information and tips provided on this website are based on our analysts’ own insights and experiences.