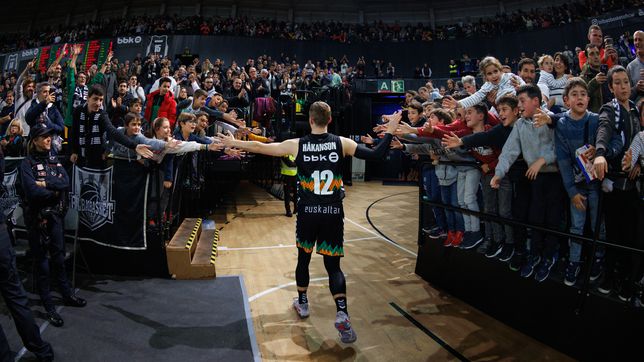 Surne Bilbao Basket has been devaluing its share capital and has had to undertake several expansions. Right now it faces a value of 400,004.50 euros to increase the capital to a maximum of 1,021,338. All this through the issuance of a maximum of 34,783 new ordinary titles, with a nominal value of 11.50 euros each. To encourage the social mass to participate, it offers a series of advantages and discounts. They intend to “continue with the growth of the sports project, strengthen the youth team and reinforce the club’s structure in search of a stable, autonomous and talent-retaining project.”

Thus, becoming a shareholder through the new capital increase campaign between 2023 and 2026 will give access to multiple advantages if 10 or more shares are subscribed. The base package of these ten titles is priced at 115 euros and allows you to discount 25 euros on each of the subscriptions for the 2023-24, 2024-25 and 2025-26 seasons. In addition, the new shareholders will have an extra 10 percent discount in the store (accumulative to the season ticket holder) and the right to purchase two superior ring tickets for the match of their choice in the 2023-24 season, with the exception of matches against Real Madrid, Barcelona and Cazoo Baskonia.

The first phase of this capital increase will last until February 10. In principle, all those people who currently have three or more shares of the entity will be authorized to go to it, although non-shareholders can go to the club to acquire their preferential subscription rights. Once it is concluded, the capital increase process will continue. “In the previous extension, the amount covered was similar to the maximum offered in the current process, so we are optimistic,” says Martín Echevarri, Secretary of the Board of Directors, who has pointed out that “the incentives offered largely compensate the expense” and that “our wish is that the largest number of current shareholders join and that new ones be encouraged”. The leaders do not believe that someone who is not currently a shareholder can become a majority shareholder with this increase and they already have interest from the current reference shareholders to subscribe an important part of the increase. “The sporting part is vital for the functioning of the club, We are now in a stable situation. When we started we had the objective of permanence, but now we are doing it well”, said the president Isabel Iturbe, who hopes to speed up the Cup options this Sunday at the Palau against Barcelona.