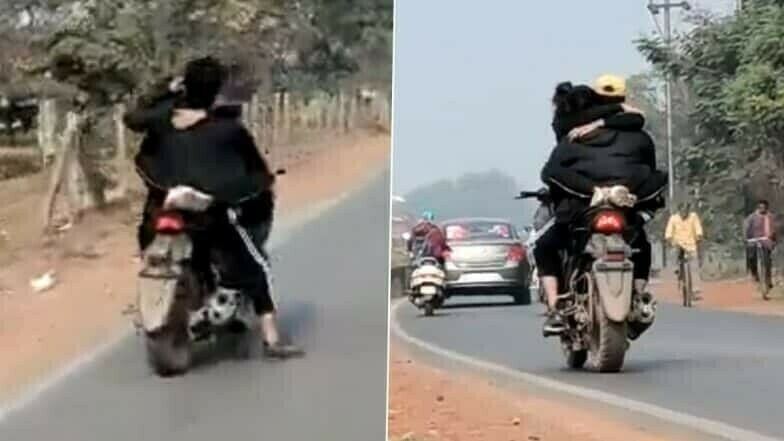 Unethical behavior while traveling on a motorcycle cost an Indian couple dearly.

In the Indian state of Chhattisgarh, a couple riding a motorcycle was taken into custody by the police for inappropriate behavior and transferred to the police station, where during the investigation it was revealed that the motorcycle they were riding was also stolen.

In a video that has gone viral on the internet, the couple can be seen riding a motorcycle in an inappropriate manner.

According to Superintendent of Police Abhishek Palaf, after taking notice of the video that went viral on the Internet, the police have arrested the couple on the charge of irresponsible driving and a case has also been registered against both of them.

The police superintendent said that the number plate and documents of the motorcycle the couple was riding were missing, during the investigation it was revealed that the motorcycle was stolen which was stolen from a nearby village a year ago, which was being marketed at that time. The price is one and a half lakh Indian rupees, which the boy bought for just 9 thousand rupees without documents.