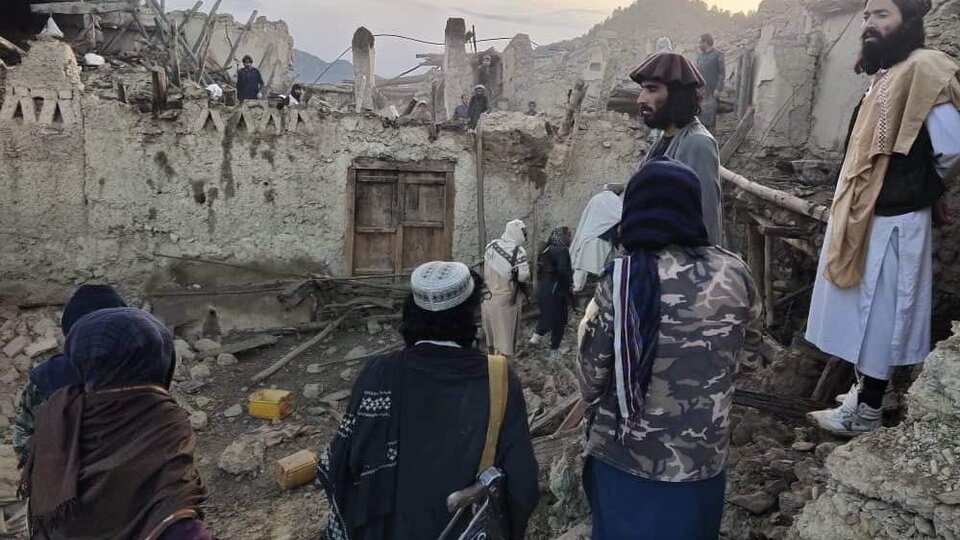 A earthquake of 5.9 degrees shook this Wednesday at dawn the southeastern Afghanistan, in Pakistan province, and left a balance of at least 920 people dead and 600 injured, as confirmed by the Deputy Minister of Natural Disasters, Sharafuddin Muslim at a press conference. A second 4.5 magnitude tremor affected the same area a few minutes after the first. The authorities they fear that the total number of deaths will increase in the next few hours.

For his part, Bilal Karimi, spokesman for the Taliban government, asked for international help for “prevent a humanitarian disaster“because dozens of homes were destroyed and a large number of people were injured and trapped in the rubble.

Meanwhile, the rescue teams continue with their tasks and were able to carry out some helicopter rescue, but they warned that the characteristics of the area make maneuvers difficult.

Quake also felt in pakistanBut no injuries or deaths have been reported so far. Prime Minister Shehbaz Sharif assured that his government is working to send aid to the neighboring country and claimed to be “deeply saddened” by the humanitarian tragedy.

The United States Geological Survey (USGS) reported that the telluric movement took place at 10 kilometers deep and explained that the earthquake occurred due to the movement of the Indian plate to the north, where it collided with the Eurasian plate. “Resulting in slip, reverse slip, and oblique slip earthquakes,” they detailed. These movements are frequent in the area and cause damage of great magnitude due to the weak constructions of the place.

The movement that alerted Afghans on June 22 occurred 500 kilometers northeast of the place where a 6.4 magnitude earthquake took place on October 10, 2008, leaving a balance of 166 people deceased and extensive damage to homes due to landslides.

On August 30, the withdrawal of US troops from Afghan territory was completed after 20 years of military occupation, which gave way to the establishment of the Taliban in power. Since they began their withdrawal, hundreds of thousands of citizens have been evacuated and the country is going through a financial crisis due to the economic blockade and the suspension of international aid.