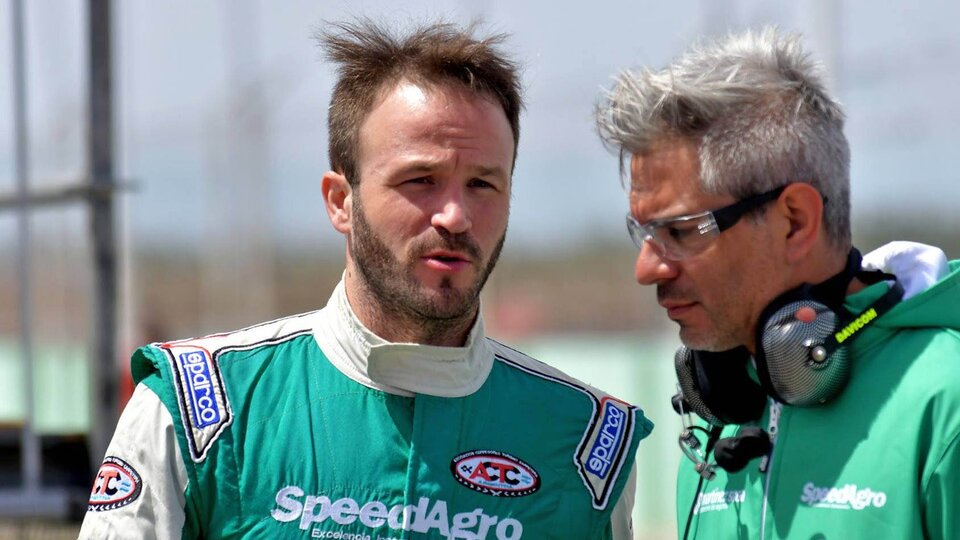 Argentine motorsports received shocking news: Agustín Canapino, multiple champion of the main local categories, was announced this Thursday as the official driver of Juncos Hollinger Racing for the entire IndyCar season, the highest division of motor sport in the United States.

The 32-year-old from Arrecife will drive the team’s number 78 car, which he will share with the British Callum Illot, both in street competitions and in those scheduled on oval circuits, for which he must previously take a test as required by the authorities of the category. In this way, Argentine motorsports will once again have a full-time representative in the IndyCar Series 26 years after the last precedent starring Juan Manuel Fangio II, nephew of the legendary five-time Formula 1 world champion.

Canapino, who will travel to the United States this Sunday, will debut on March 5 on the first scheduled date of the calendar in the street circuit of Saint Petersburg, a coastal city on Tampa Bay, in the state of Florida. The Argentine disembarks in the American category after having tested an IndyCar single-seater from his current team at the Sebring circuit, in October last year, and in two exhibitions held in Buenos Aires and Termas de Río Hondo, which was decisive for this year’s deal.

“It is an honor to announce this high-impact news. After those exhibitions we got a big surprise and some events began to take place that allow us to assure today that Agustín Canapino will be the official driver for the entire 2023 IndyCar season,” announced Ricardo Juncos, one of the directors of the team during a live connection at the press conference that the pilot offered this Thursday in Buenos Aires.

The owner of the team announced that Canapino must comply with the oval test scheduled in Texas, a requirement that all rookie riders must complete, regardless of their licenses since IndyCar is not governed by the International Automobile Federation (FIA).

The Argentine will have his first official training sessions on February 2 and 3 in California and ten days later he will do one last test, which will be the last test before the absolute premiere of the season, made up of 17 dates with the Indianapolis 500 as the appointment. exclusive (May 28).

“I arrive at the most difficult and most competitive category in the world. I really did not expect it, it happened from what Ricardo told after the exhibitions. For me it is a huge challenge, a great privilege and a huge responsibility,” he said. Canapino.

“Today I have to leave the country for this challenge, I don’t really know when I will return. This will be a year of learning, I will take it very calmly, the objective will be to go through the season, be able to finish the races and hopefully have a new chance next season “, explained the pilot. “This change represents a leap in quality at a professional level, it will be an honor to represent South American and Argentine motorsports. I take it with a lot of professionalism but at the same time calmly. It will surely take me a while to get used to the car,” said the “Titan” .

Canapino and Juncos were linked in 2019 for a participation in the 24 Hours of Daytona and another in the 12 Hours of Sebring, in which the Argentine qualified eighth and tenth respectively.