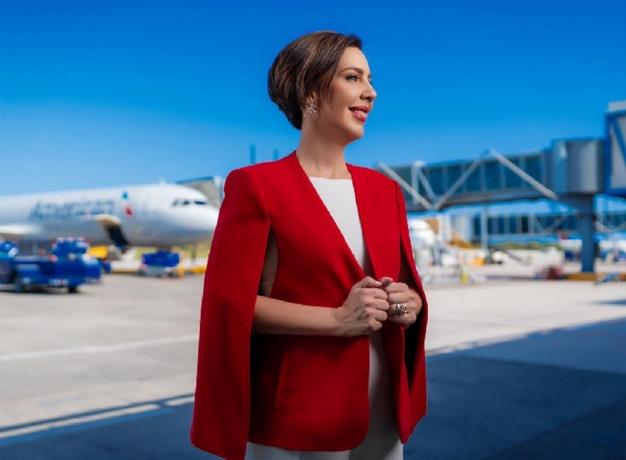 The projections for this 2023 are very positive, he said. Monika Infante, general director of Aerodom (XXI Century Dominican Airports), due to new routes and destinations that will be served from Dominican airports. It also anticipates record figures in passenger traffic and air cargo.

"In 2022 we closed with close to 6 million passengers and more than 190 million pounds of cargo transportedwhich are record statistics for Aerodom and the country"he told Listin Diario.

“We have been preparing to accommodate both passengers and additional cargo operations that have been added, and will continue to be added this year. In terms of Air Cargo, we have a new terminal at AILA that allows all processes to be carried out in an agile way in the same space. Hence it continues to be leading airport for cargo activitieshandling over 70% of all imports and exports that are carried out by air at the national level,” he said.

With respect to passenger traffic, Infante pointed out that a series of operational improvements have been made to accommodate the additional volume, such as increasing remote parking positions, doubling boarding capacity to remote positions, remodeling the departure area with new spaces for security and migration processes, created new transit areas, among others.

New: new hotel at the airport and design of a new terminal

In this 2023 we will have a new flight kitchen to serve all airlines, as well as soon we will have a Holiday Inn hotel at the airport which is already under construction to serve travelers in transit.

He revealed that these jobs are done while also working in the design and planning of a new terminal which they hope to build soon to serve all passengers in a more modern and comfortable space.

The company Aeropuertos Dominicanos siglos XXI (Aerodom), a subsidiary of VINCI Airports, highlighted the logistical progress that both the aviation industry and Dominican tourism have experienced in recent years.

The International Tourism Fair (Fitur 2023) closed with great success for the Dominican Republic, a co-sponsor country in this 43rd edition and which was attended by representatives of the country’s main banks, including the Banco Popular Dominicano, leader in tourism; investors, hoteliers, diplomats, officials and representatives of the media.

Infante highlighted the current strengthening of the national aeronautical commercial sector, which closed 2022 with 23 new routesand a 5.7% increase in the number of passengers compared to the state prior to the pandemic and 28.2% compared to 2021.

Infante highlighted that Aerodom has been a key strategic partner in the goal of strengthening the tourism competitiveness of the Dominican State and, of course, in the development of the aviation industry in the Dominican Republic.

Aerodom participated in Fitur 2023 together with the Ministry of Tourism and sponsors and exhibitors. This year, the country’s participation in Fitur was focused on promoting the municipality of Miches as a potential destination for issuing markets, and the launch of Punta Bergantín in Puerto Plata.

In terms of cargo, airports operated by Aerodom and VINCI Airports mobilized 190 million pounds of cargo, a record figure in their history, exceeding the total for 2021 by more than 8% and more than 15% compared to 2019.

Despite Acuña, Sharks fall in Venezuela, to the maximum in PR, Guasave discounts

Dani Alves was arrested for an alleged sexual assault