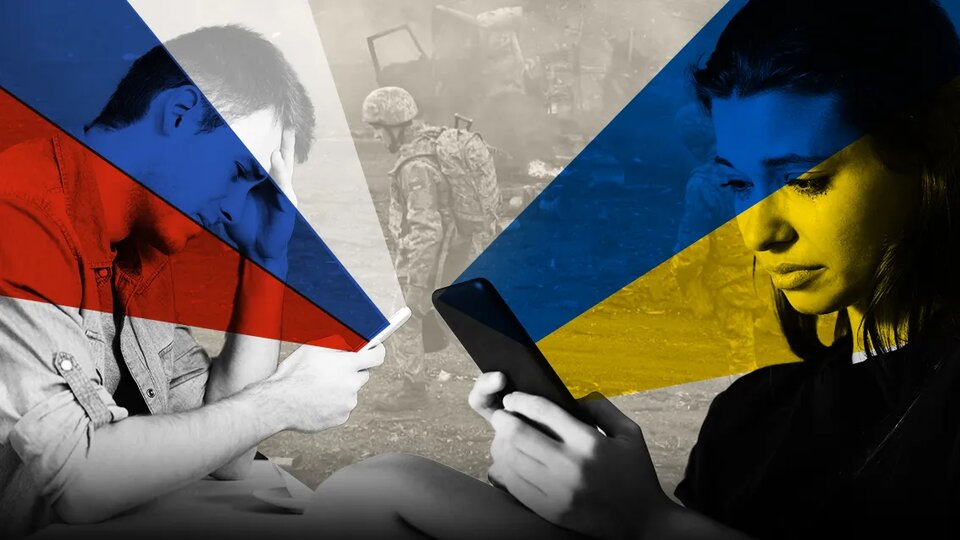 (The following is a chat corrected in its punctuation and slightly modified to preserve the privacy of the producer of the channel.)

–Yes, okay. We will talk about the invasion of Ukraine, the expulsion of Russia from the UN Human Rights Council and the calls to put Putin on trial for war crimes.

-OKAY. Are we also going to talk about Mosul and other war crimes at the hands of NATO?

-The idea is to talk about what is current. Do you agree with the invasion of Ukraine?

I’ve said it a thousand times: no. I disagree. An Isaac Newton has said that I write what I write because I am pro-Putin and that I do not understand reality. The expert is British, although he has toured Poland a few times.

– Are you with Putin?

-Again? Where do they get that from? Do I have a Putin face? I also do not agree with NATO. Look, I don’t think I own the truth, but I am against the double standard of the superpowers and against media manipulation. That’s bad? Isn’t it time to criticize the double standards of the superpowers? When, if not? Should I say what others want so as not to offend anyone? Why do they care so much about the opinion of someone like me, with zero influence in these conflicts?

–Now is not the time to talk about past invasions… In journalism we have little time and we must focus on the news.

-That’s the problem. Does anyone believe that journalism, even the best and most honest, is a neutral mirror of reality? Furthermore, they are neither invasions nor past tragedies. We are talking about war crimes of the last decades in several “unimportant” countries but on a larger scale. Look at what is happening right now in Yemen or in Palestine… A couple of months ago more than 200 people were massacred in Saada and Hodeidah, Yemen, with Saudi planes and US bombs. Nothing compared to the 300,000 who have already died before. Most of them are children and young people, although not blond or blue-eyed. Remember Saada and Hodeidah? Did they make a program to be scandalized by that massacre? Well, it turns out that this is never the time to talk about the crimes of the good guys. When then? If you want my humble opinion, I prefer to talk about the whole movie, not just one scene. Is there a scene in any movie that makes sense without the above?

-Mr. Majfud, this is not the place to discuss such complex things.

-Unclear. I was just giving them lyrics to plan the interview. That’s what they always ask me. Can we discuss it during the interview, even briefly?

There was no response or interview. As the producers of a Latin American network used to call me until ten years ago when they didn’t like what I was saying, “Excuse me, professor, we’re having technical problems”. The last time, I think it was in 2014 or 2015. In the middle of a debate, I was unable to finish my reply to the analysts who were in their studies. (The string was NTN24; in this case I can tell because the dialogue did not take place in a private environment.)

“Excuse me, Mr. Majfud, we are having technical problems,” the producer told me.

–What a coincidence –I said– just when I thought we were going to have technical problems.

That was the last time they called me. And so many others that are called means: half true, half objective, half independent.

*Jorge Majfud is a writer, essayist and Uruguayan teacher based in the United States. He is currently a professor at Jacksonville University. His latest book is The wild frontier. 200 years of Anglo-Saxon fanaticism in Latin America.