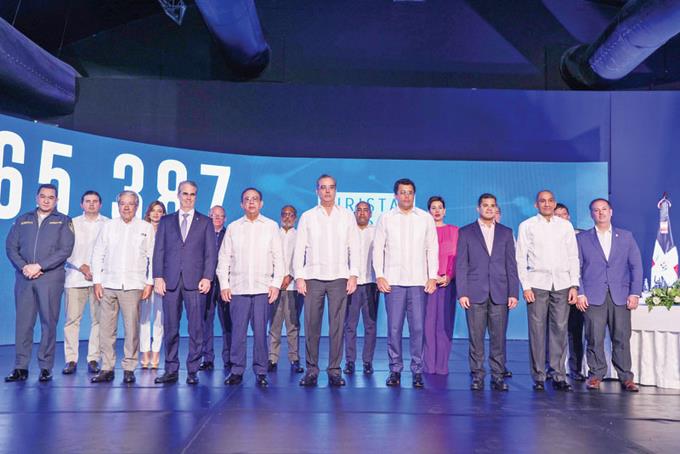 In an act headed by the president, Luis Abinader, the Minister of Tourism, David Collado, presented the results of the sector during 2022, where the entry of more than 7 million tourists who visited the country by air and cruises predominated.

He explained that for the first time in history the country exceeded this number of tourists in one year, achieving a total of 7,165,387 from January to December 2022.

He indicated that in 2022 “the record for cruise ship visitors visiting the country was broken, totaling 1,311,129 cruise passengers last year.”

Only in the month of December, on the eve of the Christmas Eve and New Year festivities, the airport that had the highest arrival of tourists was Punta Cana with more than 425,000 and the second busiest was Las Américas with about 206 thousand tourists.

The number one tourist-issuing country for the Dominican Republic was the United States, followed by Canada, Colombia, Argentina and Germany.

It is estimated that for the first time the tourism sector generated more than 8 billion dollars in foreign currency, according to preliminary data.

Hotel occupancy, it was indicated that it reached 76% nationwide in December 2022, exceeding the 69% occupancy that was in 2019 prior to the pandemic. The destinations with the highest occupancy were Punta Cana-Bávaro and Romana-Bayahíbe with 79% and 78% respectively.