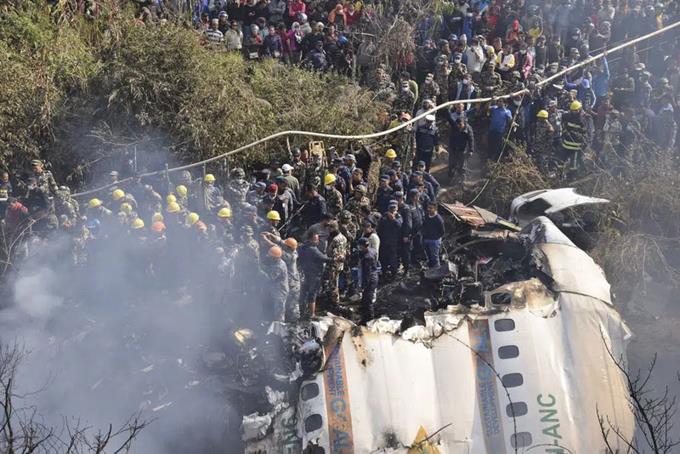 The Nepalese authorities raised to 68 the number of confirmed deaths after the accident of a plane that crashed this Sunday with 72 people on board in one of the deadliest air accidents that has taken place in the Himalayan country.

“We have recovered 68 bodies from the crash site,” spokesman Prem Nath Thakur of Kathmandu’s Tribhuvan International Airport, which is part of the rescue operation, told EFE. “The search for the remaining four continues,” he added.

The aircraft, an ATR-72, crashed twenty minutes after taking off from Kathmandu at approximately 10:30 a.m. (4:45 GMT) while en route to the Pokhara district airport, a popular tourist hub in the country, some 200 kilometers to the west. from the Nepalese capital.

With an estimated route of less than half an hour, the accident occurred when the plane was trying to land at its destination, Yeti Airlines spokesman Sudarshan Bartaula told EFE.

According to the Nepal Civil Aviation Authority, the passengers included 53 Nepalis, five Indian citizens, four Russians, one Irishman, one Australian, one Argentine, two Koreans, and one Frenchman.

In addition, four crew members were on board.