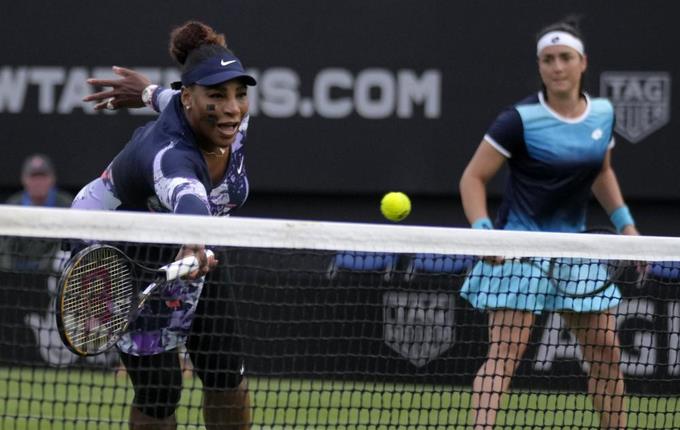 With the song “What A Feeling” blaring from the speakers at Devonshire Park, Serena Williams entered Center Court at the Eastbourne tournament and received a standing ovation for her first competitive tennis match in almost a year.

Some 90 minutes later, the spectators were on their feet again to celebrate the triumph of the winner of 23 Grand Slam singles titles, in this tournament on the south coast of England that serves as a warm-up prior to Wimbledon.

Williams teamed up with the Tunisian Ons Jabeur in the victory against the Spanish Sara Sorribes Tormo and the Czech Marie Bouzkova for the first round of the doubles event. Williams and Jabeur bounced back from losing the first set 6-2, led 6-3 in the second and eventually won 13-11 in the tiebreak, converting their third match point.

The victory ensures that Williams will have an extra match before her appearance at Wimbledon, where she received an invitation from the organizers to compete in the singles draw. Activity at the All England Club starts on Monday.

Williams’ last tournament was precisely in the Grand Slam that is played on a grass surface. In 2021, Williams was playing a first-round match when his right leg gave out and he ended up retiring.

Unseeded since then, the American began the week as No. 1,204 in singles and was unseeded for Wimbledon.