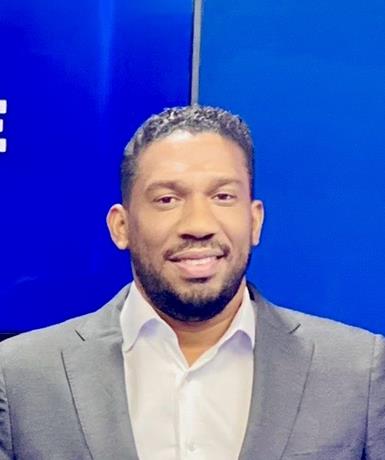 On December 1st, the elections of the Dominican Olympic Committee (COD), which is the head of the Olympic pyramid, will take place.

Whoever is elected in the new Executive Committee of the COD for the next four (4) years has very little relevance for our country; but the way in which the electoral process is managed is what really matters, since our athletes and leaders are there, and it is the only sports structure that Dominicans have to access sport.

Therefore, the way in which democratic principles and transparency of equity and equality are developed and complied with is of vital importance.

Taking sport as a fundamental right turns it into a public good, and transforms sports organizations into private institutions of public interest, forcing the State through a law to regulate and order the sporting life of a country, interpreting constitutional values. to all sports institutions of a nation.

In the case of Spain, in its latest amendment to the Spanish Sports Law, it created the Electoral Guarantees Board, which is a body attached to the Higher Sports Council, which supervises the processes that adhere to the universal and constitutional values ​​of the country. Adding to it the figure of the Administrative Court of Sport that serves as the last resort to resolve conflicts.

Similarly, in 2018 Mexico made the last amendment to the Law on Physical Culture and Sports, and established the Sports Electoral Surveillance Council (COVED), which is responsible for ensuring that the processes adhere to the values constitutional, laws, regulations and that comply with the principles of legality, transparency, equality and equity; within the framework of democratic principles.

Likewise, Mexico established a jurisdiction specialized in sports, the Sports Appeals and Arbitration Commission (CAAD), which is a resource that functions as the last instance to hear controversies that arise.

In the same order, Colombia orders in its constitution that all private sports institutions must be democratic.

As we can see in the international arena, each country has made a regulatory framework in order that democratic principles prevail within sports institutions.

In our country, the idea has been sold that the Dominican Olympic Movement is autonomous, therefore, it does not have any type of State regulation, which is a denial of what the General Sports Law 356-05 itself establishes, where it has specific mandates to order national sports life.

The truth is that each of these mandates have been ignored to establish a universe of arbitrariness, leaving aside constitutional mandates and the law, opening the door to anarchy and institutional disorder, without the existence of an authority that impartially and Just enforce the democratic norms and principles within our sports institutions.

The Dominican Olympic Committee enjoys autonomy in its actions, it is attached to a series of universal values ​​that are consistent with constitutional values ​​and democratic principles in accordance with its statutes.

In the Dominican Republic, the scope of the constitutionalization of sport and each of its precepts, and the link that democratic principles have with public and private institutions have been ignored. It is the fundamental reason why the Dominican Olympic Movement does not come out of a permanent crisis, in which the fight for the legitimate and individual interests of each person are crushed by the abuse of authority, taking with them the rights of each one of our athletes. that they are the ones who suffer the most, the stark form of how some Dominican sports leaders act.

Kapil Sharma will make his singing debut after comedy and acting, along with Guru Randhawa.