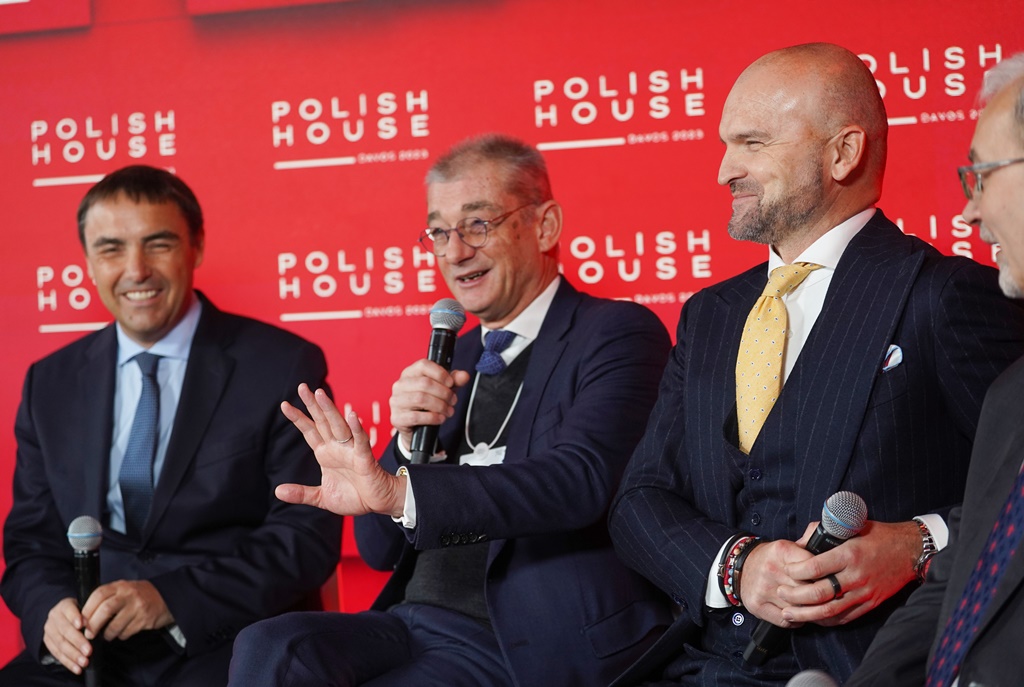 This year’s World Economic Forum (WEF) in Davos, convening under the theme of Cooperation in a Fragmented World, is taking place, as the Forum President Borge Brende has emphasised, against the backdrop of the most complicated geopolitical and economic situation the world has seen in decades. Last year’s theme of the world’s most important business meeting was the Russian invasion of Ukraine. This year, discussions are centred around the multiplying crises, but the issue of the Russian-Ukrainian war is still one of the most relevant topics. Modern business, ethical and socially responsible, is the answer to some of the challenges of the new reality.

Despite these negative global factors, Poland’s development potential is evident, with Polish companies successfully storming foreign markets. According to Rafał Brzoska, CEO of InPost and WEF participant, Poland is currently in possession of advanced technologies that should even be readying to conquer the West, of which InPost is a perfect example. The company currently provides logistics services for e-commerce through a network of parcel lockers and courier services. Apart from Poland, InPost’s services are already available to residents of the UK, France, Italy, Spain, Portugal, and the Benelux countries.

InPost’s data indicate the rapid development of its network of postal devices. At the end of June 2022, there were almost 25,000 parcel lockers in European markets. In Poland, the company aimed to install 20,000 postal machines by the end of 2022.

Last July, InPost announced that it had erected its 4,000th parcel locker in the UK.

“Today, InPost is a huge company, but the spirit of a start-up − flexibility, the constant search for new niches, continuous improvement of services − will always remain our strength. That is why we never forget our roots.”

Rafał Brzoska is the originator, creator, and CEO of Integer Capital Group, a leading e-commerce delivery platform. He also founded InPost, the Group’s flagship company, which has revolutionised the parcel delivery market in Poland.

The first parcel lockers appeared in Cracow in 2009 and quickly became a characteristic feature of Polish cities. Today, the network of Paczkomat® InPost devices (casiers postaux) offers the largest and most accessible automated parcel collection and delivery infrastructure in Europe, totaling more than 24,000 modern devices, 18,500 of which operate in Poland. InPost services are now also available to customers in the UK and Italy.

InPost’s acquisition of the French logistics giant Mondial Relay for €513 million in July 2021 was the largest Polish private foreign investment and allowed the InPost Group to enter the markets of France, the Iberian Peninsula, and Benelux. The company’s listing on the EURONEXT Amsterdam stock exchange was the largest debut of a European technology company in the history of the continent.

Not forgetting its roots, the Rafał Brzoska Foundation supports the development of young, talented, and imaginative people. It takes care of people with potential, ideas, and aspirations, who already have some achievements in a particular field.

When asked about the WEF participants’ approach to the Ukrainian issue, President Andrzej Duda said:

“Today virtually no one doubts that it is necessary to support Ukraine. In fact, there is no question of whether we should support Ukraine. The question is: “How much does Ukraine really need to get full sufficient support?” (…) For it to be safe for the world − not only for our part of Europe but for the world – Russia must fail in this war. And this is very strongly emphasised by us here. There is no discussion of Russia getting out of it unscathed. Because “unscathed” means victory for them. They cannot win this war, because they will immediately start another one − and about that, there is no doubt.”

From the very beginning, Rafał Brzoska has been actively involved in helping Ukraine, as part of InPost’s efforts and as a private initiative.

“We are very involved in helping Ukraine. During the first five days of the war, as InPost, we transported 6,000 tons of humanitarian aid, for free. Each business contributed by giving what it could. We provided the transportation.”

Soon after the outbreak of the war, Rafał Brzoska and his wife organised and sent two convoys of first aid products and an ambulance to Ukraine, donating everything to the civilian population in the war zones. Last Christmas, InPost CEO Rafał Brzoska and his wife, Omena Mensah, financed 3,000 Christmas Eve meals and 10,000 sleeping bags for the guests of the Largest Christmas Eve for the Lonely, supporting the poor and needy, as well as refugees from Ukraine.