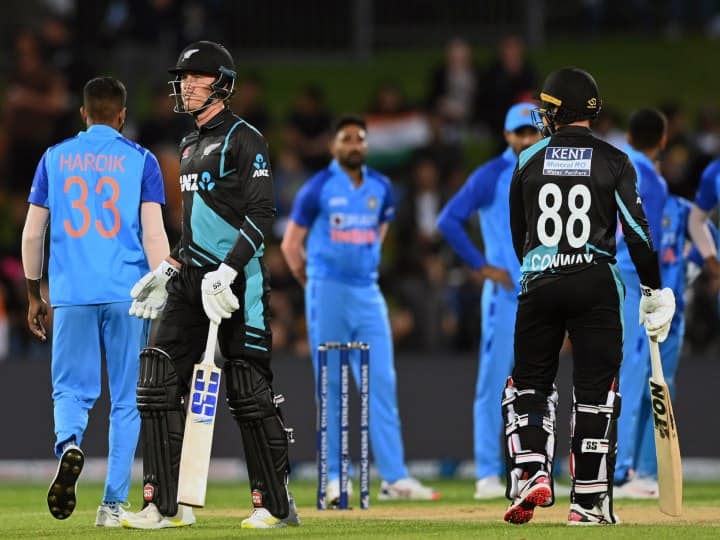 New Zealand have defeated India 1-0 in series 3 ODIs. The third and final game of the series was played in Christchurch. But this match was canceled due to rain. Batting first, India gave a target of 220 runs in 47.3 overs. In response, the New Zealand team were able to score just 104 runs in 18 overs. Meanwhile, it started to rain and the match was cancelled. New Zealand won the first match of the series. While after this two games were canceled due to rain. Many shortcomings of the India team came to light in this series.

Batting first after losing the toss in the third ODI, the Indian team failed to complete even 50 overs. The team scored 219 runs in 47.3 overs on all. During this, Washington Sundar and Shreyas Iyer took charge of the team. Sundar scored a solid half century. He scored 51 runs off 64 balls. Sundar’s innings included 5 fours and one six. Shreyas Iyer scored 49 runs off 59 balls. He made 8 fours. Apart from these two players, no one could do anything special. Shikhar Dhawan came out after scoring 28 runs. Similarly, the whole team pulled it all out.

Chasing the target given by India, the New Zealand team scored 104 runs in 18 overs at the loss of a wicket. But the match was canceled due to rain. Finn Allen played a brilliant 57-run innings for New Zealand. He faced 54 balls and hit 8 fours and one six. Devon Conway remained unbeaten after scoring 38 runs. He faced 51 balls and hit 6 fours. Kane Williamson also remained undefeated.