New Delhi: Chandigarh University has been closed for a week over the issue of indecent videos of female students.

According to an Indian media report, the protest of the students of the university in the state of Chandigarh after the allegedly objectionable videos of the girls’ hostel were leaked, has closed the university until next Monday.

According to the report, three persons have been arrested in the sensitive case while Warden Rajvendra Kaur has also been suspended.

According to the authorities, in the video, the warden can be seen interacting with the girl who was allegedly arrested for sending the hostel video to someone, who is accused of not informing the police in time. He had also scolded the girls badly for protesting.

The arrested accused include a boy and his boyfriend from Shimla, identified as 23-year-old Sunny Mehta, who works for a travel agency.

On the other hand, a senior official of Mohali Police said that only four videos were recovered from the mobile phone of the arrested woman, who are accused of making videos of female students and sending them to someone, but all of them belong to the same woman whom she had sent to her boys. Send to a friend.

The police denied the incident of attempted suicide by the protesting students and said that nothing like this happened, the videos claimed by the students have not yet surfaced. 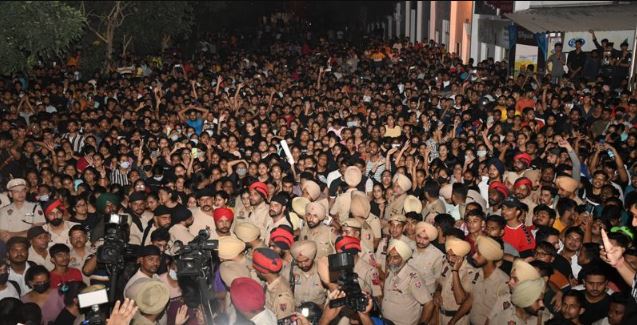 On the other hand, the students refused to accept the position of the police and said that in the initial investigation, there was no such thing that the videos of the students were made in the washroom.

What happened in Chandigarh University?

It should be noted that there was a strong protest by the students after the leaked video of the university came out on September 18. This protest started on Saturday night when a student committed suicide in the hostel of Chandigarh University after the alleged indecent video was leaked. The news began to circulate.

In the news circulating on social media, it was also claimed that indecent videos of about 60 girls were found on the phone of a girl living in the hostel, however, the university administration in a statement said that the videos of the students were made or attempted suicide. Denied the news. 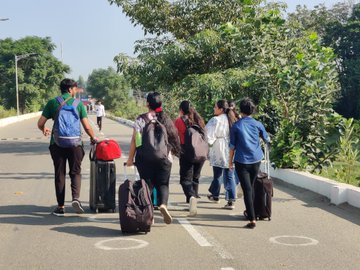 A statement from the university administration said that no indecent video was made of any girl except one girl who made the video herself and shared it with her friend.