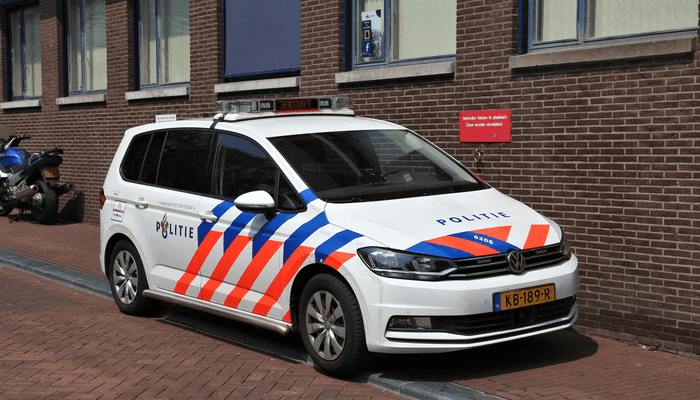 Dutch investigative services have for the very first time non-fungible tokens (NFT) seized. The police of the eastern Netherlands recently seized multiple cryptocurrencies as well as multiple NFTs, it reports on March 30:

NFTs are particularly popular as ‘digital art’, the most famous of which are images of monkeys, cats or punks. Sometimes they are worth millions. In an investigation, the Cybercrime team in the east of the Netherlands seized NFTs for the first time. ^SV https://t.co/LfWVwzifTH

NFTs are a type of crypto where each token is unique. This makes it possible to link them on the blockchain to, for example, works of art, so that the token serves as a kind of digital proof of ownership. The police say:

“Because NFTs represent a value, they can be taken as the proceeds of criminal offenses, as is normally the case with expensive cars or large sums of cash.”

Investigation into trade in private data

The seizure is the result of an investigation by the cybercrime team of the East Netherlands into the trade in private data. This led to the arrest of a 23-year-old man from Weesp and a 19-year-old man from Hilversum.

The police found the pair via a chat service and were arrested at their home. They are suspected of large-scale trade in private data that is used in various forms of fraud.

Unknown which crypto and NFT

Police have not disclosed which crypto has been seized and how much. The police do not report which NFTs have been seized, except that it mainly concerns digital works of art. The police also do not want to say what value they may have:

“If the judge decides that we can auction them, then it will become clear what they will yield. Now we don’t dare to estimate that because the value fluctuates strongly.”

It is also unknown how the seizure took place. It is expected that the police gained access to the through a judicial authorization wallets of the suspects.

This is not the first time that an NFT has been seized in the Netherlands. A month ago, Crypto Insiders reported that a Dutch judge had granted leave to seize an NFT. Shortly before that, it was revealed that NFTs had been seized for the first time in the United Kingdom.

In China, couples were allowed to have countless children