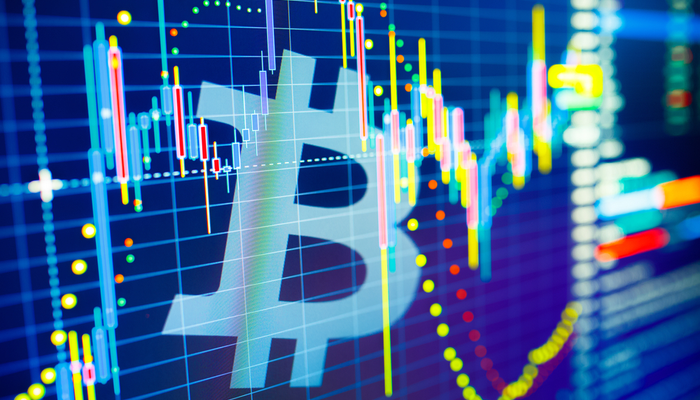 Bitcoin (BTC) has fallen sharply since yesterday afternoon’s high. The euphoria of the past few days seems to be waning again, despite positive bitcoin news from Blackrock. bearish signals show that the market may move from an accumulation phase back to a distribution phase and the selling pressure may increase again.

Bitcoin broke through $24,000 on Wednesday after US inflation figures came in lower than expected. Bitcoin rose to $24,500 yesterday morning and peaked around $24,900 twice yesterday afternoon. That was the highest price since the crash in mid-June.

Will Bitcoin Bullish Pattern Hold Up?

As long as the price holds around this $24,000, the price is still in an upward trend. This trend is characterized by a series of higher highs and higher lows and is called a rising wedge cartridge. This can also be a ascending triangle pattern depending on where you draw the trendline on the chart, as shown below.

$BTC is breaking out of an ascending triangle on low volatility meaning we should be expecting a big move soon enough.

Holding up to the break out is the number one priority where the realistic targets would be 27-29k above or 19k below in case we don’t hold. pic.twitter.com/gEB0Wcr3mW

According to Whale Map, bitcoin could break out further into the area between $27,000 and $29,000 if bitcoin holds up in the current pattern. If not, the analyst says bitcoin could fall all the way to $19,000 or lower.

Analyst Il Crypto Capo Continues To Hold On To His bearish price prediction. He still expects a strong rejection around $25,000-$25,500 and then even deeper lows than the aforementioned.

Volume is dying. Channels are not impulses but corrections.

From bitcoin accumulation to distribution

After a period of strong accumulation we are starting to see signs of distribution entering August pic.twitter.com/VqSRRcRayX

In addition, the bitcoin miners have also been distributing their BTC again since August 6, analyst IT Tech from CryptoQuant reports:

Wallets with 1+ BTC to new record

Nevertheless, the number of addresses with at least 1 bitcoin has a new one all time high reaches. The total number now comes from 893,000 addresses, a 5.1% growth over the past two months, On-Chain College reports.

The number of addresses that hold at least 1 #Bitcoin hit a new all-time high at 893k addresses.

Something to keep an eye on… pic.twitter.com/1tVEjcTXDP

Do you want to receive more in-depth bitcoin analyses? Then we would like to refer you to our Discord community for members. Ask analysts questions, chat with our fanatic community and receive daily technical and fundamental analysis of bitcoin, but also other crypto. Through Discord Premium we can share knowledge with each other 24/7 and we try to stay ahead of the market together with our members.