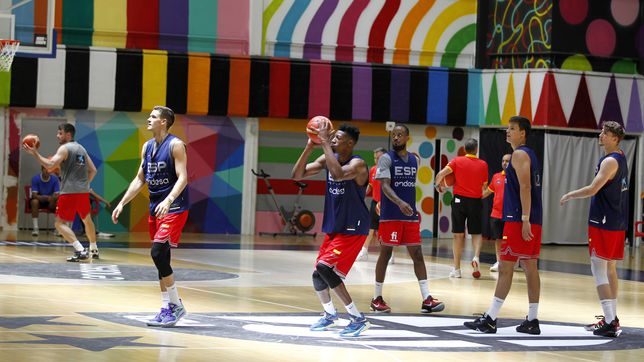 Unicaja has made the signing of Yankuba Sima official. After several days of talks, the Malaga club has reached an agreement with Reyer Venezia to obtain the services of this player in exchange for a small amount of money. The player signs for the remainder of the season and one more.

Augusto Lima’s serious injury made it necessary to incorporate a substitute in the pivot position. And from the beginning Sima’s name was underlined with a red marker. Born in Girona, he started playing basketball when he was seven years old at the Club Esportiu Santa Eugènia de Ter (CESET) and then signed for Sant Josep, a historic Badalonian youth team that in the 70s came to play in the highest category. In July 2013 he entered the Canarias Basketball Academy and from there a training period in the United States until in 2018 he signed for Manresa. He is international with Spain.

It is not ruled out that Yankuba Sima could make his debut this Saturday before his fans against Breogán although everything will also depend on the speed with which the classic and usual bureaucratic procedures are finalized.

Yankuba Sima is 26 years old and measures 2.11. Last season he averaged 7.4 points and four rebounds in 18 minutes on court with Baxi Manresa; six points and 4.8 rebounds in more than 17 minutes on the pitch in league gamesto Basketball Champions League (BCL) where the Catalan team was proclaimed runner-up.

It is a reinforcement that has an extraordinary importance.for Unicaja to maintain its good level, both in the League and in the BCL and with many guarantees also in the Copa del Rey to be held in Badalona and in which the team coached by Ibon Navarro is virtually qualified.