Such a hypothesis has already been debated on social media in recent months, with new information encouraging such a possibility. Now, however, we have confirmation from Redmi’s senior manager himself, Lu Weibingthe existence of the new range of smartphones.

Soon we will have Xiaomi Redmi Note 11T smartphones 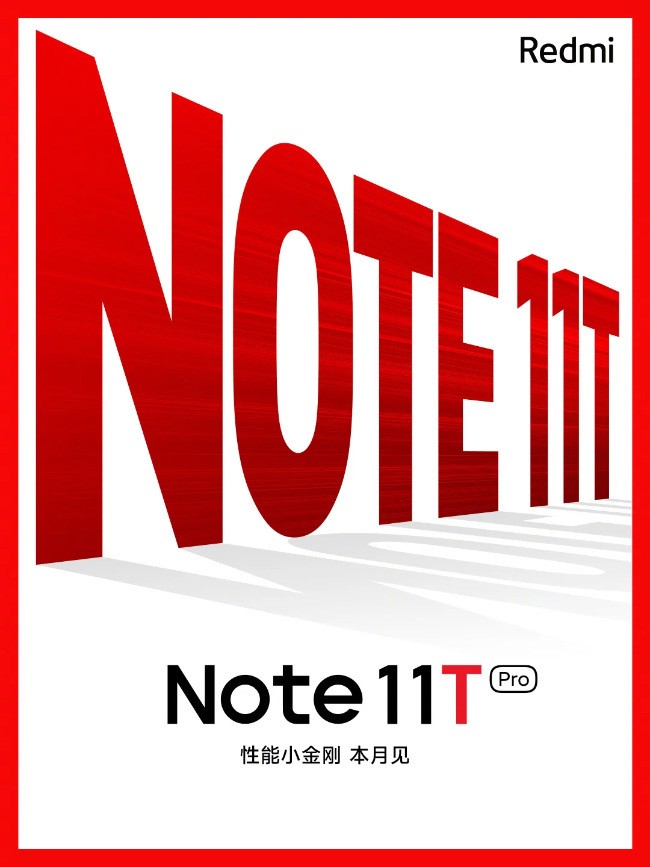 Although not exactly a surprise considering the previous revelations, the confirmation of the new range attests to the fast pace of new launches within Xiaomi. More specifically, in its sub-brand and range dedicated to mid-range and cheap smartphones.

We thus have confirmation of the existence and future launch of a new range of Android smartphones that will be led by the Redmi Note 11T Pro model. However, we also have more models, including the base version, to meet different needs and price ranges. .

We have at least two new Android smartphones

According to leaks, the best team will be the Xiaomi Redmi Note 11T Pro smartphone with an LCD screen and a high refresh rate of up to 144 Hz. It will have the MediaTek Dimensity 8000 processor, a mid/high-end chip from the Taiwan-based manufacturer .

Please note that this processor uses TSMC’s 5nm process/lithography with four Cortex-A78 cores and four Cortex-A55 cores with a processing frequency of 2.75 GHz.

On the other hand, the base version -Xiaomi Redmi Note 11T- will integrate a 4,980 mAh capacity battery with 67 W fast charge. The more expensive model will have a smaller battery, with a 4,300 mAh capacity, but faster in load. with Xiaomi’s standard 120W fast charge.

Finally, the new range should be presented in the coming weeks in China. It should later arrive in Europe, as well as in Portugal, probably in September 2022.