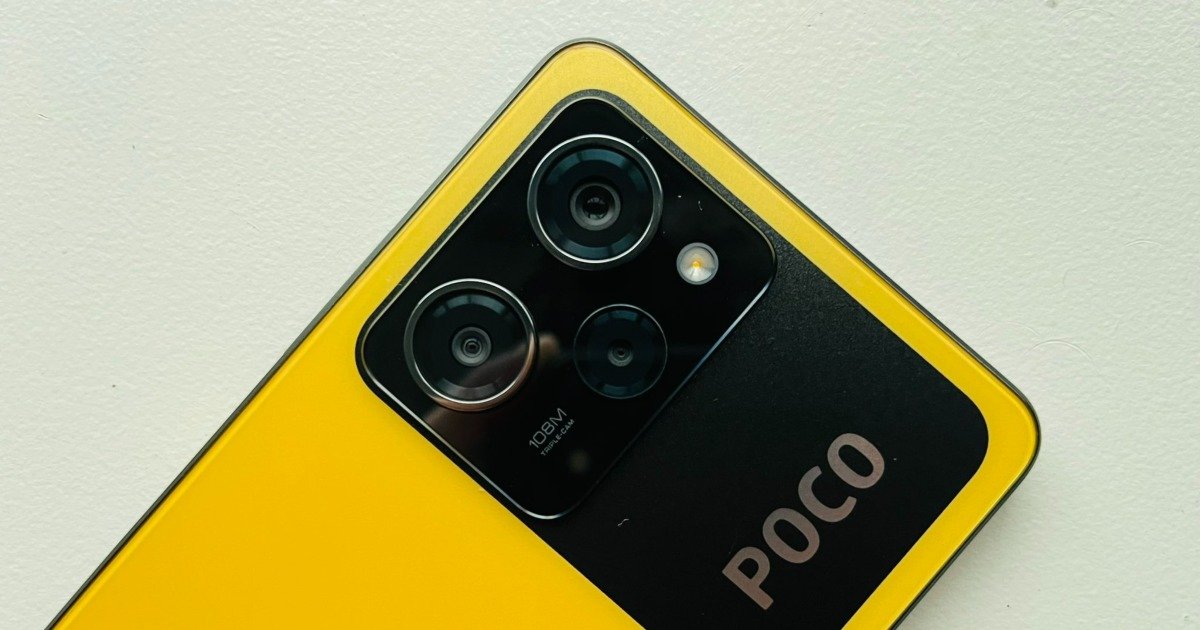 In the coming weeks, Xiaomi will launch two more new models of the POCO sub-brand, the X5 and X5 Pro, on the global market.

After its main specifications were revealed, behold, the first real images of the most advanced model X5 Pro appear on the social network Twitter. Know him.

Several rumors had already spread that Xiaomi would launch two new POCO smartphones worldwide in the coming weeks. The X5 and X5 Pro are the next terminals to reach the global market and it is expected that, being from the Xiaomi sub-brand, they will have a more affordable price.

Meanwhile, on the social network Twitter, the user JAOLtech not only revealed some of the main specifications of the most advanced model, but also showed the new smartphone in real images. This is the first time that we can see the smartphone as it is!

In the images you can see that the model has a very common POCO design, with the rear camera configuration housed in a square island that stands out under the yellow panel.

As for the front area, although the film that covers the screen together with the description of the specifications is a bit disturbing, we can see that the model has a straight line design with a perforated panel to house the front camera.

Now we go to the technical attributes. The new X5 Pro will house the Snapdragon 778G processor inside, which will be combined with 8 GB of LPDDR4x RAM and 256 UFS 2.2 storage. Until now these abilities were in the secret of the gods.

On the back panel, it will feature a rear camera setup with a 108-megapixel primary sensor, an 8-megapixel ultra-wide angle, and even a 2-megapixel macro sensor.

The AMOLED screen will have 6.7 inches, a Full HD+ resolution and a refresh rate of 120 Hz, and it will also be powered by a 5,000 mAh battery, but with support for fast charging at 67 watts.

This leak of information confirms the information given by previous rumors. It should also be noted that this information also confirms that the POCO X5 Pro is a rebranded version of the Redmi Note 12 Pro Speed ​​Edition that will remain an exclusive model for the Chinese market.

Siddharth-Kiara’s wedding will not be on the 6th but on the 7th of February, know here the complete updates related to the functions

Daniel Galán, low in Colombia for the Davis Cup