the activity bracelet xiaomi mi band 7 it will be presented tomorrow, May 24, 2022. It seems that the improvements will be considerable in terms of connectivity, screen, as well as physical activity tracking capabilities in this smart band.

Currently, in Portugal, we have the Mi Band 6 bracelet for sale in Mi Store Portugal stores which tends to show the arrival of a new model. The best of all? Even before the unveiling, the next-generation smartband is already up for pre-sale in China.

This is Xiaomi’s next-generation smartband for 2022

Xiaomi Mi Band 7 is currently in the pre-purchase phase on the Chinese online store jd.com. It was from its list that we were able to capture a summary of its technical characteristics, in addition to knowing its general design even before its official presentation.

First of all, we will have two versions of this activity bracelet. Thus we will have the conventional bracelet or standardas well as a version with NFC connectivity to mediate, for example, payments no contact to arrive later. 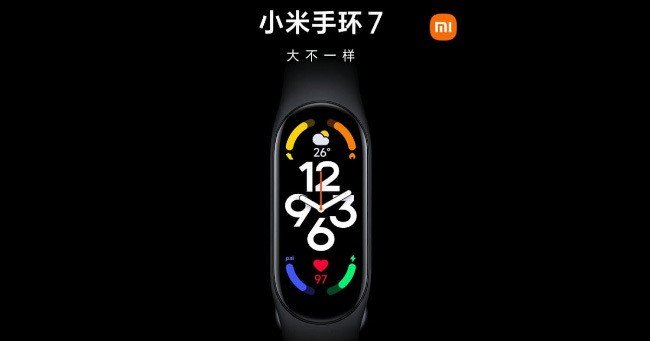 We remember, by the way, that this same strategy was adopted last year with the current Mi Band 6 and Mi Band 6 NFC. Also, we remember the launch prices of these bracelets that cost 230 Yuan and 280 Yuan in China, respectively. Prices for Europe were €45 and €55, respectively.

The screen is even bigger on the Xiaomi Mi Band 7 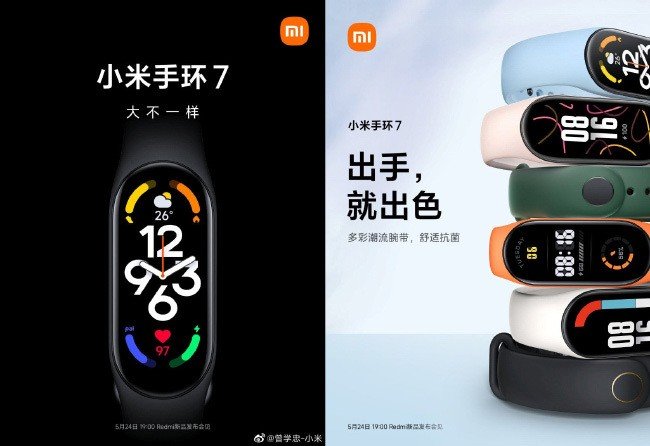 The design is practically the same, without any disruptive changes in the overall appearance and construction of the Xiaomi smart bracelet. However, we have improvements in terms of the screen, going from 1.56 inches to 1.62 inches diagonally in the new my band 7.

Therefore, we will have a 25% increase in screen size, with more area to display information. In this way, the manufacturer will be able to deliver more content to the user from their wrist in this new bracelet. 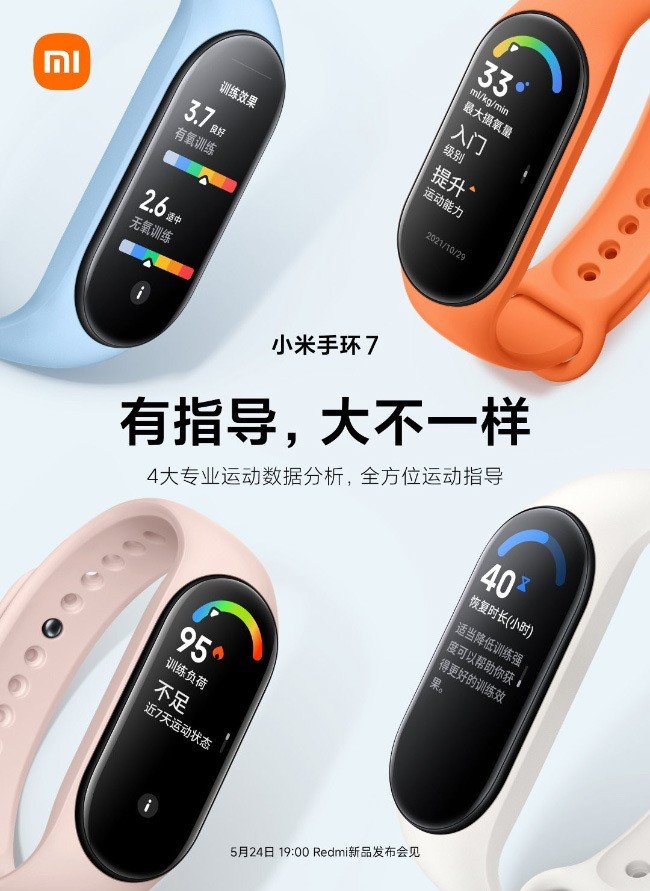 Mi Band 7 can also continuously track blood oximetry indices, SpO2 indicator. In practice, if this indicator is below 90% blood oxygen saturation, the bracelet will vibrate to alert the user.

This automatic behavior will be especially useful for users suffering from sleep apnea, since, in practice, a vibration on the wrist can be enough to wake them up. The same applies to someone who snores during sleep, for example. 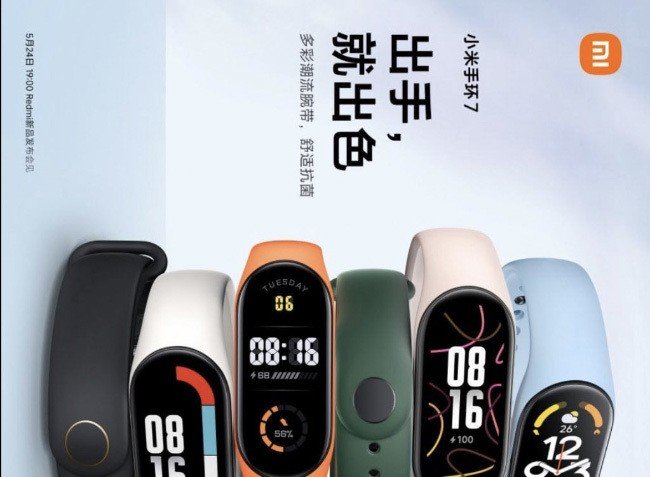 Xiaomi Mi Band 7 will also have more features to help us train, track and record our physical activity, among other capabilities in this area. Among these we highlight a new physical exertion calculator based on EPOC indices (Excess Post-exercise Oxygen Consumption).

This metric is calculated based on the physical activity information of the last 7 days and will provide useful information for optimal recovery after training. Likewise, they will also give new advice for those who want to increase muscle mass, or lose weight and burn fat.

It is reported that new Xiaomi smart green products will be released soon, including new Xiaomi Mi Band products. The Mi Band 7 has been previously approved and certified, and there will be two versions: Mi Band 7 and Mi Band 7 NFC version. pic.twitter.com/HnnLgeAz8u

Through its official channels, such as the Chinese social network WeiboXiaomi has already confirmed the date of May 24 in its country of origin. That’s when the next generation smartband will be officially revealed to the Chinese public.

However, there are technical specifications that have yet to be confirmed, such as the integrated GPS location, or even the always-on screen mode, the always active. Anyway, tomorrow we will have all the confirmations.

At the moment we have no information on the possible retail price of the new bracelet, nor do we know how it will be available. However, everything points to a maintenance of the prices practiced with the current generation my band 6.

Finally, the current generations of Xiaomi activity bracelets will have sold more than 140 million units worldwide. By the way, Mi Band 6 mainly contributed to this, with more than 1 million sales during the 1st month on the market in 2021.

Biden will posthumously honor Steve Jobs for his contribution to progress

The 4 biggest social media security mistakes from Facebook to TikTok

Samsung Galaxy Watch 5: this will be its interface based on Wear OS 3.5