THE xiaomi today announced that the latest generation of its fitness tracker, the xiaomi mi band 7, has sold more than 1 million units since it hit the market. However, it is important to note that this product hit stores in China at the end of May. In other words, not even a month has passed and Xiaomi’s new gadget has already crossed the million mark.

Meanwhile, the rest of the world is waiting for the global launch of the Xiaomi Mi Band 7. Something that should happen at the end of June, with a date yet to be defined.

However, Xiaomi continues to market previous generations in Portugal, such as the Mi Band 5 and the latest Mi Band 6, which are still very current.

In less than a month, more than 1 million Xiaomi Mi Band 7 smartbands have been sold 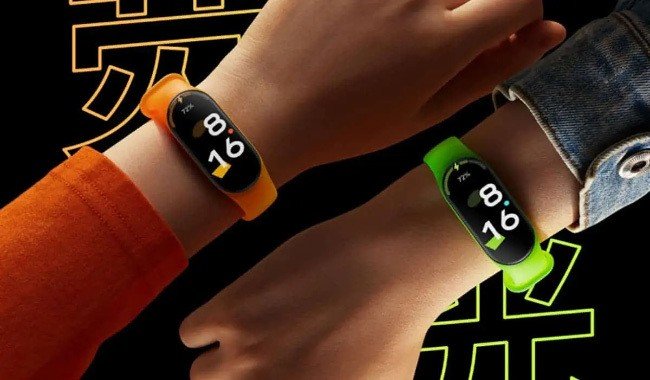 But what changes between the Mi Band 6 and the new Xiaomi Mi Band 7 after all? According to the manufacturer, the new smartband stands out for its 1.62-inch AMOLED screen, which, compared to the previous generation, is 25% larger, giving more space to present content.

We also have a long-lasting battery, with autonomy of up to 14 days of standard use. In other words, in this sense, despite the larger screen and more precise sensors, the duration between charges remains unchanged compared to previous generations.

We can also point out that this smartband weighs only 13.5 grams, being light and very discreet. The user will be able to choose from a good variety of antibacterial TPU plastic bracelets (a total of six), and little by little new colors will be arriving on the market for greater customization.

The price in Europe can be higher, approaching €50

The new generation of sports bracelets supports more than 100 styles of display/organization of the displayed information. In addition, we have the option of always on screen or Always on Display always showing the time and small notifications.

In addition, in this generation we have support for monitoring oximetry, that is, the rate of dissolved oxygen in the blood, commonly known as SpO2. We also track up to 120 sport modes, as well as four modes with more support and deeper metrics.

This bracelet is on its way to global markets and, according to leaks, it should be more expensive than the current Mi Band 6 once it arrives in Europe. In fact, we have seen some sources suggesting an increase from €50 to €60, still without official confirmation.

Finally, we are now waiting for its official launch in Europe, and its success is already proven by strong local market adoption in China.

Xiaomi reaffirms its commitment to data security and privacy

Biden will posthumously honor Steve Jobs for his contribution to progress