The Xiaomi 12 Lite stars in one of the most notorious absences in the Chinese brand’s portfolio in 2022. This desired mid-range insists on not being officially revealed despite the various references that are appearing from the team.

Its existence is already proven, in case there was any doubt. Through the Slashleaks platform, one of the most recent real images of this affordable team was released. 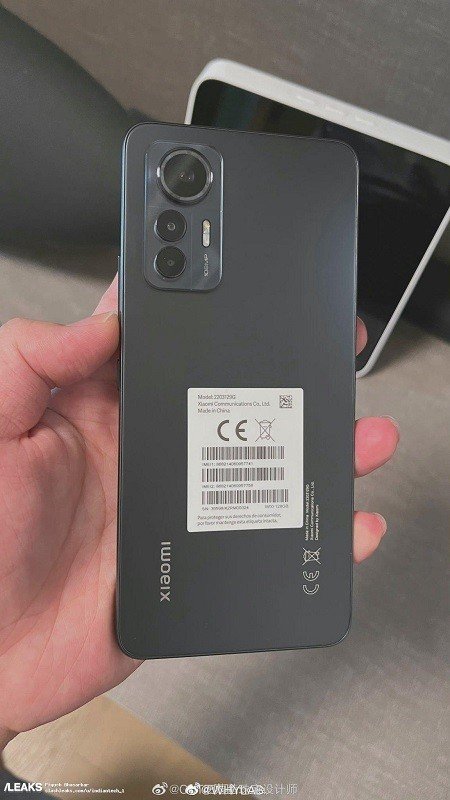 Its public appearance allows us to confirm, first of all, the design of the new mid-range smartphone. As expected, the Xiaomi 12 Lite presents an aesthetic with strong inspirations in the top of the range that make up this family.

In fact, we have a rectangular module in the upper left corner of the smartphone to house three sensors. A vertical arrangement of components and in all similar to the Xiaomi 12 presented last December.

Enrollment in the Xiaomi 12 Lite module allows you to check the presence of a 108 MP lens. It will surely be a reference to the main sensor of the smartphone, which thus has one of the most significant resolutions in the technology sector and will set up an excellent promotion vector for the new Xiaomi product.

The front of the smartphone is not shown in this image, but it is rumored to have a flat-edged screen and only a small hole in the center for the front camera. Traditional features of the most affordable Xiaomi products.

The source also reveals that the Xiaomi 12 Lite will hit the market only in one configuration of memory schemes. This means that the smartphone will only be available with 8 GB of RAM and 128 GB of internal memory.

As for its colors, this smartphone will hit stores in black, green and pink. This will be the color palette that consumers will have at their disposal when purchasing the Xiaomi 12 Lite.

The official reveal of the Xiaomi 12 Lite is now expected, which could happen in early July. If this thesis is confirmed, we are a few weeks away from knowing one of the most anticipated Xiaomi devices this year.