Digital Chat Station used the Chinese social network Weibo to reveal to the world how the rear camera of the Xiaomi 12 will be designed.

The shared image managed to protect the remaining details of the rear design of the Xiaomi 12. As you can see below, we only have a representation of the alignment of the different sensors that will be part of this photographic system. 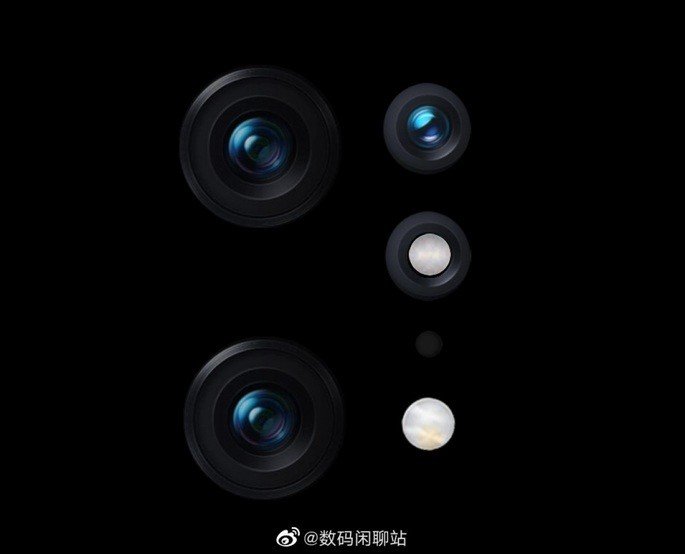 Contrary to some renders that circulated about the design of the Xiaomi 12, the now released image confirms that the brand will not adopt the circular appearance with which it was speculated. In fact, we have a lineup not very different from that of the Xiaomi Mi 11.

Indeed, we have two larger sensors aligned to the left that will undoubtedly be the main lens and the wide angle. On the right will be a smaller sensor, in addition to what appear to be two flashing LEDs.

We cannot confirm if the design of this camera will actually be the same as its predecessor due to the emphasis placed on the sensors that will make it up. But the truth is that this arrangement does not differ much from the one used in the Xiaomi Mi 11, and the difference may simply be in the protrusion that the lenses will have against the rear panel of the Xiaomi 12.

Looking at the design of the Xiaomi 12’s camera, the source still leaves technical information about itself. As revealed by Digital Chat Station, this equipment will have a 50 MP main sensor.

It is not the first time that this thesis has been discussed, so this information corroborates what other sources have already advanced. It is becoming more and more certain that Xiaomi will abandon the 108 MP sensor that it placed on the rear of the Xiaomi Mi 11.

The remaining camera settings of the Xiaomi 12 remain unclear. The image released today reveals that it will have a triple configuration, but little else is known.

It is further revealed that the Xiaomi 12 will feature a screen with curved edges and Full-HD + resolution. It will also feature a fingerprint sensor located under the screen with a larger recognition area.

Only a few weeks pass before Xiaomi reveals all the details of its new top of the range. The announcement of this team should take place in December of this year, right after the unveiling of the new Qualcomm processor.