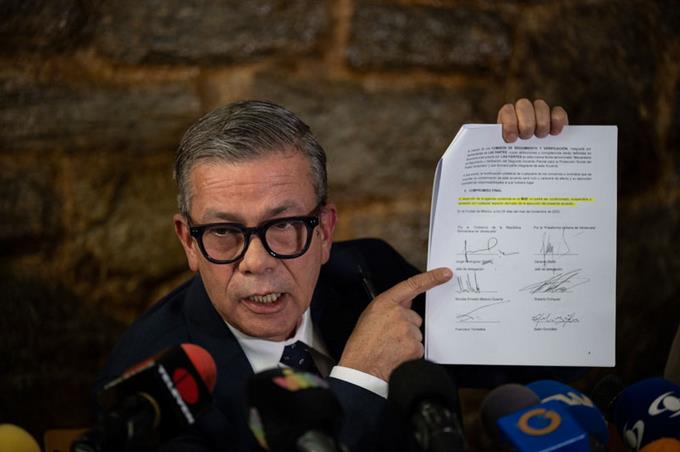 The Venezuelan opposition urged the government of Nicolás Maduro on Friday to remain at the dialogue table in Mexico and set a new meeting as soon as possible at a time when criticism of the ruling party is growing for an alleged failure to disburse funds to attend to the complex social crisis that the country is going through.

Gerardo Blyde, coordinator of the opposition delegation, highlighted in a press conference that it is essential that the negotiation process continue. “It is important for the country and for the international community.”

Blyde’s comments came three days after Jorge Rodríguez, head of the Maduro government delegation and president of the pro-government-controlled National Assembly, indicated that if the agreement signed on November 26 in Mexico is not fulfilled, “there is no no reason to continue a dialogue with people without words”.

“If I put my signature and put my name on a document, in a commitment. My moral, ethical, and spiritual obligation is to comply with and enforce those agreements,” added Rodríguez, a close associate of the Venezuelan president.

As a result of conversations prior to the recent resumption of the dialogue, an agreement was signed in the Mexican capital that provides for the creation of a fund, which will be managed by the United Nations.