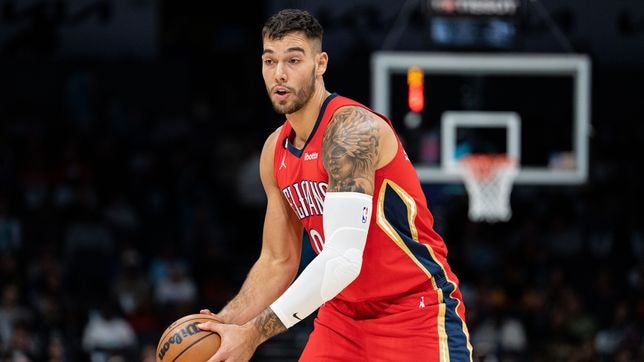 On September 18, 2022, Spain was crowned Eurobasket champion. It was absolutely unexpected gold: nobody had a National Team without any of the names, beyond Rudy Fernández, from his golden generation. With the main figures of the NBA (Giannis, Jokic, Doncic…) looking for their gold in FIBA ​​basketball. With many young and inexperienced people facing theoretically more powerful teams against whom, in principle, nothing could be done. But Sergio Scariolo, in another demonstration of his well-known magic, got the best out of a squad with some shortcomings to compete against everyone and emerge into a tournament full of stars.

It was the last great machada of The familythat denomination converted into hashtag who is now world and European champion and who, for almost 20 years, It has extracted oil and has won medals with a single rival that it has not been able to overcome: the United States. The only stain, if it is, of a generation that is no longer here but that has had continuity in a group that has inherited courage and honor and a coach who knows how to get the best out of whatever happens on the team.

That day was not only the consolidation of a group, but also of a single player: Willy Hernangómez. The Spanish center made up for himself in an exceptional tournament, in which he averaged 17.2 points and 6.9 rebounds per night and he came out very well in duels against NBA centers such as Jonas Valanciunas (Lithuania), Daniel Theis (Germany) or Rudy Gobert (France). And he formed an exceptional duo with the nationalized Lorenzo Brown, the other great hero of the National Team. It was the summer of Willy, the Gasol heir in the area, a Eurobasket that ended with the embrace of him and his brother Juancho together with Rudy, soaked in tears and wearing Sergio Llull’s shirt, absent due to injury. In other words: the photo.

Willy promised them very happy after the Eurobasket, but the NBA has once again shown that it does not wait for anyone and that it does not care what happens in FIBA ​​basketball. The center has returned to the dynamics of his team in the Pelicans, but expectations have not been met: no minutes, no opportunities. Without anything. The projection of the New Orleans franchise, which a few months ago reached the playoffs for the first time since the departure of Anthony Davis, prevented Willie Green, coach, from experimenting with the deepest part of the bench. And the competition in his position does not allow Willy to have any type of continuity and even find minutes in a game this season.

Jonas Valanciunas is the team’s starting center without question, but beyond that Willy has been left with nothing. Larry Nance Jr. has established himself as the backup center and Zion Williamson, the team’s star, also gets minutes at the position. And Willy is condemned to gamble what little free time he has left with Jaxson Hayes, a down-and-out basketball player who was the eighth pick in the 2019 draft.. A situation that is still desperate for a player who beat some of his closest rivals in the Eurobasket; without going any further, in the duel against Valanciunas in the quarterfinals, and beyond the fact that Lorenzo Brown was the leader of his team, Willy went to 21 points and 8 rebounds and the Lithuanian stayed at 5 + 6. And he also surpassed Domantas Sabonis (15 + 9). There it is.

Willy’s limitations are well known: rebounding and intimidation issues, difficulty stopping more capable players on offense, and finishing outside tackles. Lance Jr. gives more security to Wille Green, who wants to secure behind; and does not hinder in attack, Willy’s strong point that clashes, however, with a very talented team on that side of the track, with Brandon Ingram and the aforementioned Zion as protagonists. Hayes has not shown more than Willy in his time on the court (barely 5 games), but being the third center of a project that wants to overcome a round in the playoffs condemns you to ostracism and a season that, if nothing changes, can remain blank.

The situation borders on desolation: Willy has only taken the court in 6 games out of 18, with 11:35 on the maximum time court, the only game in which he has reached double figures in minutes. It counts for nothing in Green’s scheme and it seems destined to spend in the dry dock for a good part, at least, of the second season of the three that he signed with the Pelicans at a rate of more than 7 million dollars., an objective of the player and his environment to ensure his short-term stay in the NBA. But the option, if the Pelicans do not worsen their results and desperate situations are sought (7-6, eighth in the West), goes through a transfer that takes the center to a better place (in February the Pelicans could be reinforced for the final stretch of the grade) in which to enjoy minutes and consolidate as a reliable pivot (he has points, rebounds…) in the best League in the world. A true MVP condemned to suffer the most bitter face of basketball. that’s the way it is.